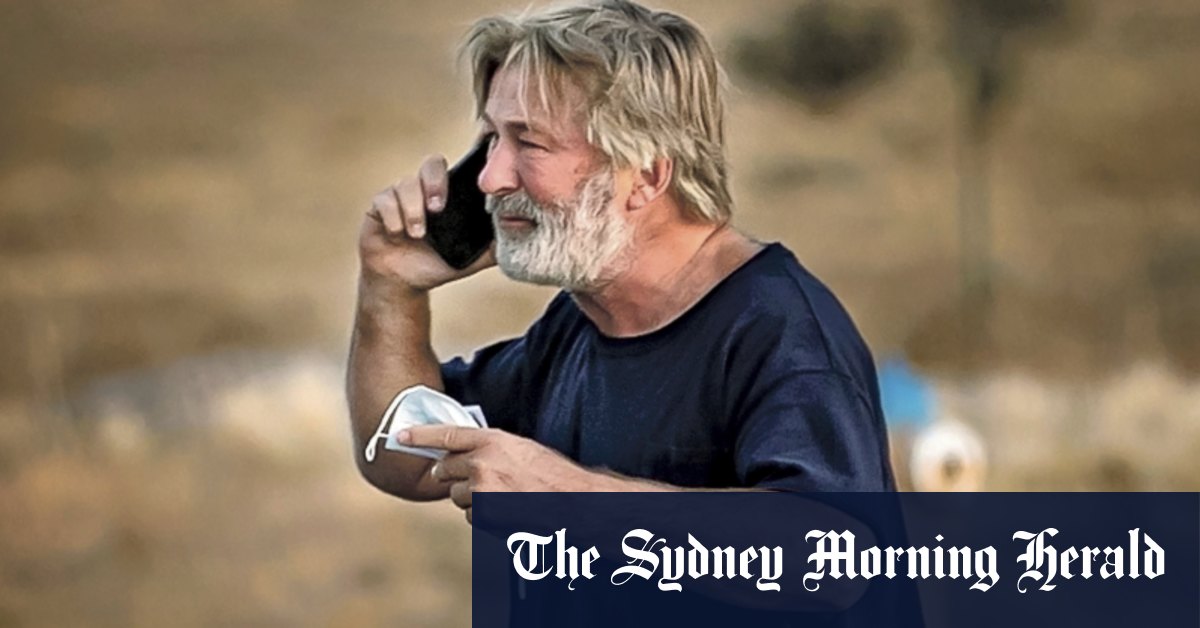 Baldwin was seen “distraught and in tears” outside the sheriff’s department on Thursday, the Santa Fe New Mexican reported.

“We have a – two people have been shot accidentally,” one responder said. The fire department did not immediately respond to a request for further information.

Known for his impersonations of former US president Donald Trump on NBC’s comedy sketch show Saturday Night Live, Baldwin is a versatile actor who has starred in both comedies and dramas over a long career in film and television. He was nominated for an Academy Award for his performance in 1993’s The Cooler and has won multiple Emmy and Golden Globe awards.

An email to an address for the film production went unanswered.

The road leading to the set location was closed on Friday morning, with security guards turning people away.

The shooting evoked memories of an on-set accident in 1993 when US actor Brandon Lee, son of martial arts legend Bruce Lee, died at age 28 after being fatally wounded by a prop gun while filming The Crow.

“Our hearts go out to the family of Halyna Hutchins and to Joel Souza and all involved in the incident on ‘Rust’. No one should ever be killed by a gun on a film set. Period,” said a tweet from Lee’s account, which is handled by his sister.

The accident renewed debate about whether certain types of prop guns should be banned.

“This suggestion doesn’t help any of them, but it’s time to stop being macho about blanks and end the practice,” Ben Rockula, a director, said on Twitter.

Earlier on Thursday, Baldwin had posted a picture of himself on Instagram from the set dressed in cowboy-style attire, with what appeared to be a fake blood stain on his shirt and jacket. The post was deleted on Thursday night.

Hutchins, 42, who was originally from Ukraine and grew up on a Soviet military base in the Arctic Circle, once worked as an investigative reporter in Europe, her website said.

She graduated from the American Film Institute in 2015 and was selected as one of American Cinematographer’s Rising Stars of 2019, her website said.

She described herself as a “Restless Dreamer” and an “Adrenaline junkie” on her Instagram page.

Her last post, two days ago, shows her grinning under a wide-brimmed hat as she rides a horse. “One of the perks of shooting a western is you get to ride horses on your day off:)” she captioned the video.

April Wright, a writer, director and producer, paid tribute to her on Facebook.

“I’m in disbelief,” wrote Wright. “So young, vibrant, and talented. Such a wonderful soul. My heart goes out to her son and family.”

Representatives for Hutchins did not immediately respond to a request for comment.

“I’m so sad about losing Halyna. And so infuriated that this could happen on a set,” director Adam Egypt Mortimer, who worked with Hutchins on the 2020 movie Archenemy, wrote on Twitter.

“She was a brilliant talent who was absolutely committed to art and to film.”

The New Mexico Film Office, which promotes the state as a location for movies and television, declined to comment.

The Screen Actors Guild – American Federation of Television and Radio Artists, which represents 160,000 actors and other media professionals, said it would investigate the incident “to understand how to prevent such a thing from happening again”.

The Morning Edition newsletter is our guide to the day’s most important and interesting stories, analysis and insights. Sign up here.