Anxiety Risk Factors Differ in Men and Women During Pandemic 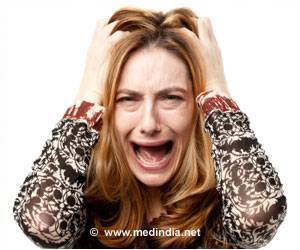 estimates that 13.6%, or one out of seven Canadians, experienced clinically significant levels of Generalized Anxiety Disorder (GAD) in the early months of the COVID-19 pandemic. (Before the pandemic, past research set the 12-month prevalence of GAD in Canada at 2.6%).

In addition, the study found that high anxiety in men is related to exposure to COVID-19 misinformation, while women’s anxiety was tied to precarious employment. The prevalence of Generalized Anxiety Disorder among women was significantly higher than among men (17.2% vs. 9.9%, respectively).

“It is fundamental that we strive to understand the social factors that contributed to these striking differences,” says the lead author Shen (Lamson) Lin, a doctoral candidate at the University of Toronto’s Factor-Inwentash Faculty of Social Work.

“The COVID-19 pandemic is the first to occur in conjunction with widespread use of social media, which facilitates the distribution of misinformation, such as vaccine rumors and unproven treatments, also known as the COVID-19 infodemic. My study discovered that frequent exposure to fake COVID-19 news is associated with mental health consequences, particularly for men.”

As exposure to suspected COVID-19 misinformation increased among men, the odds of anxiety disorders escalated.

Women’s anxiety levels were more likely to be impacted by increased job precarity due to business closures, layoffs, mandatory quarantines and COVID-19 infections.

Women who experienced job precarity during the pandemic had triple the odds of experiencing Generalized Anxiety Disorder compared to women who were securely employed, after controlling for confounding variables, including sociodemographic factors. Precious employment among men did not correlate with anxiety disorders, possibly because job precarity was not evenly distributed among genders.

“Gender-based occupational segregation results in women being overrepresented in the health and social care workforce, where they are often underpaid and have a higher risk of exposure to COVID-19 pathogens,” says Lin. “Women are also overrepresented in foodservice and accommodation sectors, which were hard hit by the COVID-19 crisis”.

The study analyzed the publicly available data from the Canadian Perspective Survey Series which included 1,753 men and 2,016 women aged 15 years and older.

Anxiety symptoms were assessed by the standardized Generalized Anxiety Disorder-7 (GAD-7) scale that evaluates symptoms such as feeling nervous, unable to control worrying, have trouble relaxing, and becoming easily annoyed in the past two weeks.

In addition, this research also identifies common risk factors of anxiety disorders for both genders, including increased intake of alcohol, cannabis and junk/sweet food during the COVID-19 outbreak.