ATM players in a tough spot 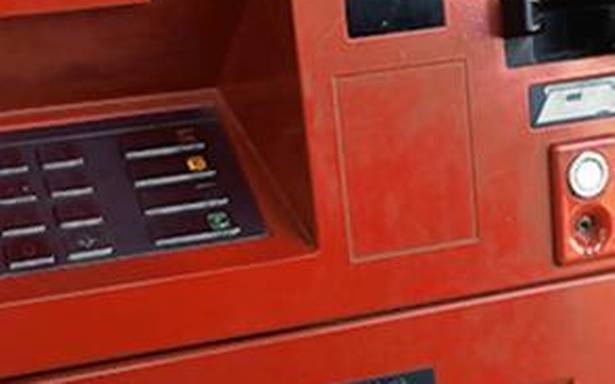 Stakeholders in the ATM ecosystem, including banks, White Label ATM Operators (WLAOs) and managed service providers (Brown Label ATM operators/ BLAOs), may take a long hard look at their networks in the wake of the Reserve Bank of India deciding to bring in a ‘Scheme of Penalty for Non-replenishment of ATMs’ with effect from October 1.

While all players in the ecosystem appreciate the objective of the central bank’s scheme, which seeks to ensure that sufficient cash is available to the public through ATMs, they emphasise it does not take into account the fact that they are up against infrastructure bottlenecks.

In this regard, they cite the limited capacity of cash logistics service providers to support ATMs, especially in rural- and semi-urban areas, and the 2018 Home Ministry guidelines, which placed timing restrictions on cash loading and cash transportation.

Further, the fact that ATM downtime can occur not only on account of cash-outs but also due to the very small aperture terminal for data communication not working, the machine having some problem, and power supply issues, among others, seems to have escaped the RBI’s attention when formulating the scheme.

The flat penalty of ₹10,000 per ATM for cash-out at any ATM of more than 10 hours in a month has got the goat of players as it will eat into their margins, possibly turning ATM operations financially unviable. Some of them are weighing the option of pulling the plug on ATMs in rural- and semi-urban areas.

If they shut down these ATMs, it will undermine the cause of financial inclusion as people getting direct benefit transfer (DBT) under various government schemes will not have access to one of the key alternative channels for doing banking transactions. About 20 per cent of the total 2,39,761 ATMs deployed by banks and WLAOs as of June-end were in rural areas, per RBI data. About 28 per cent of the total ATMs has been deployed in semi-urban areas.

The condition “when the customer is not able to withdraw cash due to non-availability of cash in a particular ATM” for counting instances of cash-outs in an ATM has not gone down well with players in the ATM ecosytem.

Their fear is that the regulator may slap penalties even in cases where cash is available in the ATM, but is not able to dispense due to some technical issues.

Pranay Jhaveri, Member of the Board of Directors of the Confederation of ATM Industry (CATMi), said: “While the intention of the RBI to improve end consumer servicing is positive, I think, some of the infrastructure challenges that we are facing, don’t seem to have been taken into account.

“I am not sure if they have consulted the industry players – banks, managed service providers, white label ATM operators, and cash-in-transit (CIT) companies.”

He emphasised that after the RBI, in 2018, prescribed that banks can engage only those cash management logistics providers which meet minimum standards, including minimum net worth of ₹100 crore, minimum fleet size of 300 specifically fabricated cash vans, and two armed security guards (gunmen) in each cash van, there are only a handful of CIT companies. “Essentially, when one considers Tier-IV, Tier-V, and Tier-VI centres, CITs might service these centres, maybe, once or twice a week.

“For example, in a city like Mumbai, CITs service ATMs possibly every single day,” said Jhaveri.

He underscored that CITs/ cash replenishment agencies can’t replicate the daily service/ support capability they provide to an ATM in, say, Bandra (Mumbai) or Mount Road (Chennai) to an ATM in a village in UP or Bihar.

As per the Ministry of Home Affairs (MHA) 2018 guidelines, no cash loading of the ATMs or cash transportation activities can be done after 9 pm in urban areas; after 6 pm in rural areas; and before 9am or after 4 pm in the districts notified by the Central government as Left Wing Extremism-affected areas.

ATM operators pointed out that bank branches are unable to give them cash to fill the ATMs till about 12 noon as they are dependent on cash deposits from customers. This further restricting their actual hours for logistics operations.

So, the entities that have deployed ATMs are caught between a rock and a hard place. If an ATM goes cash-out in a rural or semi-urban centre after the MHA prescribed cash loading and transportation hours, it can take anywhere between 12-16 hours to replenish it with cash.

Hence, there is a distinct possibility of such an ATM being cash-out for more than 10 hours in a month due to the MHA’s restrictions, resulting in RBI imposing penalties. Also, the players in the ATM ecosystem cannot overcome the cash-out problem by filling the ATMs with higher denomination notes as the ₹2,000 bank note is becoming scarce.

As per the RBI’s latest annual report, the last time an indent was placed for ₹2,000 bank note and the same was supplied was in 2018-19. Bank branches with onsite ATMs may be able to ensure that there is no cash-out in their machines.

But when it comes to offsite bank ATMs, ATMs managed by BLAOs and those deployed by WLAOs, there is only so much that stakeholders do to ensure continuous uptime as many of the variables are outside their control.

Banks will simply pass on the penalties imposed by RBI to WLAOs and BLAOs, said the MD of a WLAO.

In this regard, he mentioned that Central Bank of India’s request for proposal for deployment of 2,600 Cash Dispensers (including 50 mobile ATMs) requires the bidder to give an indemnity covering damages, loss suffered by the bank arising out of “claims made by regulatory authorities”.

Per industry estimates, cash-out penalty of ₹10,000 a month means a loss of about 30 per cent of WLAOs monthly revenue from an ATM. This will severely dent their bottomline.

So, the four WLAOs, who collectively deployed 52 per cent of their total 25,995 ATMs (as of June-end 2021) in rural areas and 33 per cent in semi-urban areas, may be left with no incentive to either add ATMs or even continue with the existing ones, the WLAO official quoted above said.

Similarly, if banks pass on regulatory penalties levied on them to the service providers (majority of bank-deployed ATMs are outsourced to managed service providers), it would put a huge burden on their financial position.

Some of the players in the ATM industry will soon find themselves at a crossroads. If the regulator implements the ‘Scheme of Penalty for non-replenishment of ATMs’ as it is, they may have to take a tough call – either scale down the network to avoid penalties or exit business altogether. This can have implications for people living in the hinterland.