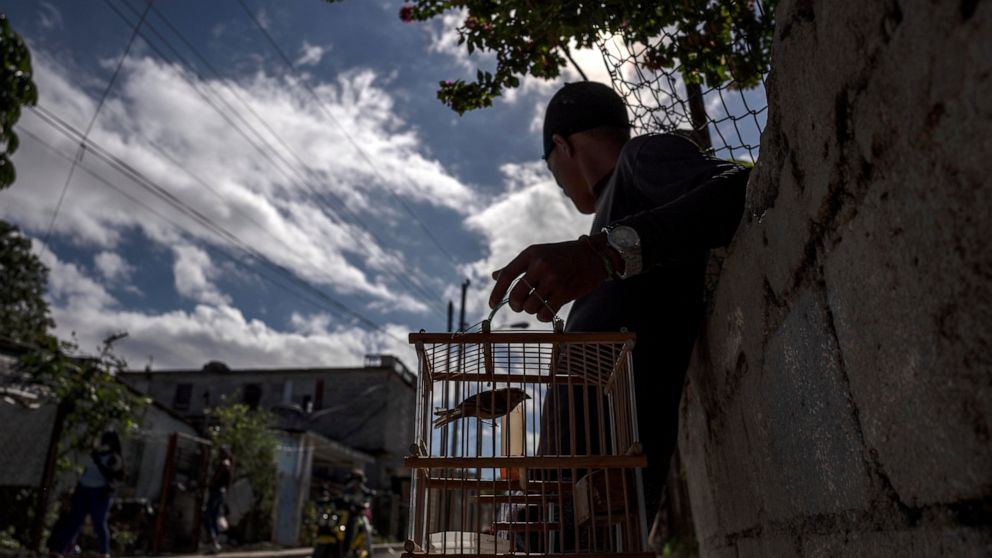 HAVANA — Cuban courts have wrapped up the hearing phase of six mass trials for people accused of involvement in the largest and most unruly protests on the island in decades, leaving more than 100 defendants awaiting potentially heavy sentences.

Relatives of defendants and activists following the trials in several cities across the island — the last of which concluded this week — said prosecutors were seeking sentences of up to 30 years in prison for crimes including sedition, public disorder and attacks. No date has been announced for sentencing.

Thousands of Cubans took to the street in several cities on July 11 and 12 to protest shortages of goods, power blackouts and economic hardship — with some also calling for a change in government.

At least one person died and several shops and vehicles were vandalized or burned. Officials have not said how many people were detained, but the organization Justice 11J, created to track the cases, has registered 1,300 arrests and said more than 400 so far have been tried.

Officials said in August that there had been 23 summary trials of 67 defendants on lesser charges.

Groups such as Human Rights Watch and Amnesty International accused the government of responding to mostly peaceful protests with arbitrary arrests and crackdowns meant to silence dissent, which the government disputes.

The extended Román family accounted for at least six of the arrested following the July 12 protests in Havana’s La Guinera neighborhood in which one demonstrator died. All were detained at the same home two days after the protests.

None of them had previous problems with authorities, according to María Carla Milán, the wife of Yosney Román, who faces a possible 20-year sentence.

Yosney, a 25-year-old laborer, and his 18-year-old brother Emiyoslán were defendants in one of the Havana trials, while their sister Mackyanis, 24, has not yet been given a court date.

Three cousins also were detained, one of them among the current defendants. Another of the cousins, Odlanier Rodríguez, was freed after 22 days in prison after being fined the equivalent of $83.

During the most recent trial, the defendants “recognized that it was a mistake to have thrown rocks at the police,” said Milán, who attended the hearing. “They repented what they had done. They got caught up in the excitement. They don’t have any criminal record and they aren’t criminals. They had never had problems before.”

“But they are very young,” she added. “This number of years (sought by prosecutors) is an abuse.”

Many of the protesters had no previous record of political activism and there appeared to be no clear leadership of the protests, though the government has accused U.S.-based opposition groups of trying to organize demonstrations with a social media campaign.

The father of the Román siblings, Emilio Román, said none of the six members of the family had any political involvement.

“I had never seen anything like that (demonstration),” said Rodríguez, the cousin. “I stopped on the corner to watch,.”

He said it seemed to him that people joined in because they were tired of long lines and shortages of food.

Cuban authorities acknowledged that some complaints were justified and President Miguel Díaz-Canel visited La Guinera, where officials promised additional social programs in the wake of the protests.

Salomé García. an activist with Justice 11J, said the trials were meant to be “exemplary” since only a small percentage of the protesters face severe charges.