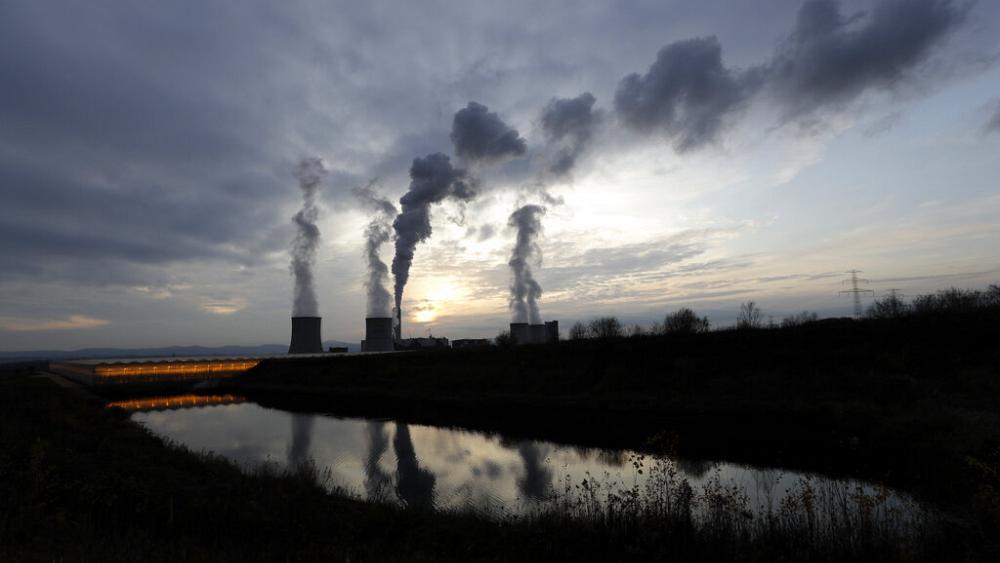 The Czech Republic’s record on environmentalism hasn’t been too hot in recent times, but there are signs of gradual progress and it is an issue of increased attention for most political parties ahead of this weekend’s general election.

“Czech political parties have turned green since the last elections, under pressure from the deepening climate crisis,” stated a recent report from Greenpeace Czech Republic.

The Czech Republic had the third-largest total greenhouse gas emissions per capita in the EU in 2019, after Ireland and Luxembourg, according to data collated by the European Environment Agency. It is also one of the EU’s top three coal burners, after Germany and Poland.

Coal still accounts for around half of the Czech Republic’s power generation and a quarter of its residential heating demand, although its importance has diminished in recent years, according to an extensive report published this month by the International Energy Agency (IEA).

The majority state-owned CEZ, the country’s largest utility, said in May that it plans to cut the percentage of coal in its production mix down to 12.5% by 2030, compared with 36% in 2020.

Under the current coalition government, led by Prime Minister Andrej Babis and his ANO party, the Czech Republic has been resolute that it can only meet the EU’s increasingly stringent climate goals if Brussels cuts it some slack.

Babis played a leading role, alongside Hungary and France, in pressuring the EU to formally say in December 2019 that nuclear energy was acceptable as part of the bloc’s effort to create a carbon-neutral economy by 2050.

In March, the Joint Research Center, an expert group for the European Commission, also stated in a report that nuclear power qualifies as a “sustainable” source of energy The Czech government this year approved plans for the €6.2 billion expansion of the Dukovany nuclear power plant, and there are ambitions to expand the country’s second nuclear station.

However, experts reckon that the Czech Republic cannot depend on the EU continuing to take a soft approach, and any foot-dragging from Prague towards carbon neutrality could affect the Czech economy, especially as Brussels has tied climate action to EU access to EU funds.

A state coal commission set up by the government last year suggested 2038 as the end date for the phasing-out of coal use, later than the EU average but around the same as Germany’s plans.

The junior partner in the current coalition government, the Social Democrats (CSSD), said that they would prefer 2033 as an end-date and the government in May sent the review back to the coal commission to find alternatives for an earlier exit.

The aforementioned IEA report also argued that the Czech Republic needs to bring forward its plans to phase out coal use because of the EU’s changing climate plans, which will further increase prices for CO2 emissions and make coal-use economically uncompetitive.

“I encourage the Czech government to start making better use of the various low-carbon energy sources that can help it transition in a secure way to a cleaner energy system and power its economy for decades to come,” IEA Executive Director Fatih Birol said in a press statement.

What role is the climate crisis playing in the Czech Republic election?

In light of the increasing urgency on climate action, the majority of political parties vying for power at next month’s general election have announced rather positive green agendas, especially compared with the policies put forward at the last national ballot in 2017, said Daniel Vondrous, director of the Green Circle, a local NGO.

According to a study of the parties’ manifestos published earlier this month by the environmental organization, the Green party and the new progressive-centrist coalition between the Pirate Party and the Mayors and Independents party (STAN) have the most “solid programmes” for climate and environmental protection.

The CSSD was praised for their green credentials, yet the centre-left also boasted a similarly positive manifesto at the last general election, the report found. At the other end of the spectrum, the campaigns of the new conservative TSS alliance and the far-right Freedom and Direct Democracy party (SPD) were the weakest on environmental issues.

Prime Minister Babis’ ANO party, which is tipped to be the largest outfit at next month’s ballot, was “weak” on environmentalism but its positive pledges outweighed the negative, according to the study.

Karel Polanecky, an energy expert of the Rainbow Movement, another environmental organisation, puts the changes in political attitude down to public sentiment. “Opinion polls show that the public considers environmental issues to be relatively important,” he said.

A survey published in late 2020 by Behavio, a local pollster, found that 69% of Czechs thought life on Earth will become more difficult by 2050 compared with today. Almost three-quarters of respondents thought climate change was a major problem.

But according to the latest opinion polls, the main issues for the Czech electorate are the economy, recovery from the COVID-19 pandemic and immigration. Climate change comes some way down the list.

Vondrous, of the Green Circle, agrees that public sentiment is one reason for the change in how most political parties now approach environmental issues. But he reckons there are two other explanations.

Politicians have realised that funding from EU programmes, which is vital for the Czech economy, is now directly connected with how the country’s authorities keep to environmental goals. The Czech Republic has been a net beneficiary of EU funding since it became a member in 2004 but Brussels is tightening up the environmental conditions attached to certain funds.

In July, the EU accepted the Czech National Recovery Plan, which will see the country receive around €7 billion of investment over the coming five years from Brussels’ €750 billion Resilience and Recovery Fund. As part of the deal, the Czech Republic must spend 37% of the funding on projects associated with climate change.

The EU is also bearing its teeth over climate issues. Last week, the EU Court of Justice ruled that Poland has to pay the European Commission around €500,000 per day as a fine after failing to comply with an EU order in May to immediately halt operations at the Turow lignite mine, near the Czech border, over environmental concerns.

The Polish authorities say they will not cease operations. The Czech Republic had challenged the mine’s permit over allegations it was affecting groundwater levels on the Czech side of the border.

Another reason is the creation of two new political alliances that “are trying to offer more ‘European-like’ common election programmes,” said Vondrous. As a result, individual parties that were previously weak on environmental issues have had to adapt their agendas to suit their new political partners.

At the 2017 general election, the centre-right Civil Democratic Party (ODS), currently the largest opposition party, had one of the worst manifestos on environmental policy, according to the earlier-mentioned Greenpeace report. But because of its partnership with two smaller parties that previously had better on green issues, the ODS through the new SPOLU alliance now boasts a “solid green programme,” the report added.

The same goes for the new pact between the progressive Pirate Party and the centrist Mayors and Independent Party (STAN). The Green Circle study noted that the environmental programme of STAN was weak before the 2017 general election but it has greatly improved because it is now in alliance with the Pirate Party, which has always had strong environmental credentials.

But for all the talk of political parties going green, Vondrous warns that the pre-election promises “are not concrete enough” and some of the country’s leading politicians might not have a long-term interest in climate protection. “So the real future results are still unclear,” he said.

The Green Circle study found that only the Green party and the Pirate and Mayors alliance have specified in their manifestos a date to end the use of coal for energy production, in 2030 and 2033, respectively. Most other major parties have vowed to gradually cut coal use but are loose on dates nor have offered concrete ways to achieve it.

ANO’s manifesto states it wants to triple the output of renewable energy by 2025, but the Green Circle study noted this was a “very ambitious goal”.

Only the Green party has opposed the use of nuclear energy, which the current government has identified as the silver bullet to reducing coal dependency. There appears to be a broad bipartisan agreement for moving ahead with the planned expansion of the Dukovany nuclear power plant

The outcome of this weekend’s election is far from certain. ANO is currently leading in the polls but may struggle to find new partners with which to form a coalition government. The two electoral alliances could form a government by themselves, though it remains unclear if President Milos Zeman, whose role it is to appoint a prime minister, will even allow them to try.

The latest opinion polls put the Green Party on between 1.7-2.5% of the popular vote, not enough to win a seat in parliament. The CSSD, another party noted for its green credentials, may also fail to win parliamentary seats for the first time since the Czech Republic was founded in 1993.

What this means for the country’s climate action waits to be seen, but the next government is certain to face a more demanding EU and far more pressure to accelerate plans for carbon neutrality.