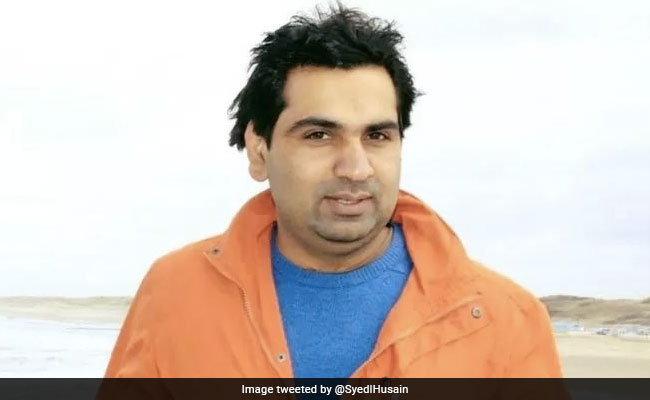 Exiled political blogger Ahmad Waqass Goraya accused Pakistan of being behind a plot to kill him.

An exiled political blogger on Friday accused Pakistan of being behind a plot to kill him after a would-be hitman was convicted in a British court.

Supermarket worker Muhammed Gohir Khan, 31, was found guilty of plotting to kill Ahmad Waqass Goraya after being recruited by middlemen apparently based in Pakistan.

The judge in Kingston-upon-Thames, southwest London, adjourned the case for sentencing on March 11, with Khan facing up to life in prison.

Khan, from east London, was charged in June last year with conspiring with unknown other people to murder Goraya in the Netherlands.

He was arrested after returning to the UK by train.

Goraya, an outspoken blogger and liberal activist who has lived outside Pakistan for more than a decade, did not attend the hearings.

After the unanimous jury verdict, he said he was “happy that there is at least a new precedent: ‘if you come after someone in exile, you will be prosecuted’.”

He said he was disappointed, however, that the trial did not identify those who commissioned the crime.

“I hope the real people who sent these guys will be prosecuted one day as well,” he told AFP.

Pointing to the amount of money involved and the plotters’ knowledge of his secret location, he said: “I am sure it is the Pakistani state.”

Reporters Without Borders (RSF) said the verdict “could serve as a landmark judgement” and was a “rare step towards establishing criminal accountability for transnational crimes against journalists”.

Rebecca Vincent, RSF’s UK bureau director, said: “We call on the relevant authorities to continue their investigations, to identify the middleman and anyone else involved in this horrific plot and ensure full criminal justice is carried out.”

UK police on Friday appealed to the public for information on the middleman who contacted Khan.

Prosecutor Alison Morgan said Goraya, who lives with his wife and two children in the Netherlands, appeared to have been targeted for speaking out against the Pakistani government and military in satirical social media posts.

Khan was hired by “others who appeared to be based in Pakistan”, she told the jury.

In 2018, the court was told Goraya had received information from the FBI that he was on a “kill list” and believed some of the threats he received were being led and orchestrated by ISI, Pakistan’s intelligence agency.

He also promised Khan riches in “Jannah” or paradise.

At the time he had debts amounting to more than 200,000 pound, the court was told.

London’s Met Police on Friday appealed to the public for information on “Mudz”, saying detectives believe he is a former business associate of Khan known as Muzzamil.

The Met’s counter-terrorism officers liaised with Dutch counterparts to build a dossier of thousands of encrypted messages and security camera footage of Khan’s movements.

After travelling to the Netherlands on Eurostar Khan spent days watching Goraya’s home in Rotterdam and bought a professional chef’s knife.

He returned to Britain after realising the blogger was away.

Khan pleaded not guilty at his trial and acknowledged sending the messages and travelling to Rotterdam.

But he claimed he was only seeking money and never intended to commit the killing.

“He was enthusiastic about carrying out the killing to earn the money and to carry out further attacks in the future,” Morgan said.

Goraya has previously reported violent attacks and threats made against him.

In 2017 he said he was held in captivity for weeks in Pakistan along with four other activists and tortured.

The Pakistani military denied any involvement.

Goraya told AFP on Friday that he and his family had to move immediately after being informed of a threat to his life.

“You have to change everything, start your life again. You are totally surrounded by strangers, for security,” he said.

(This story has not been edited by NDTV staff and is auto-generated from a syndicated feed.)