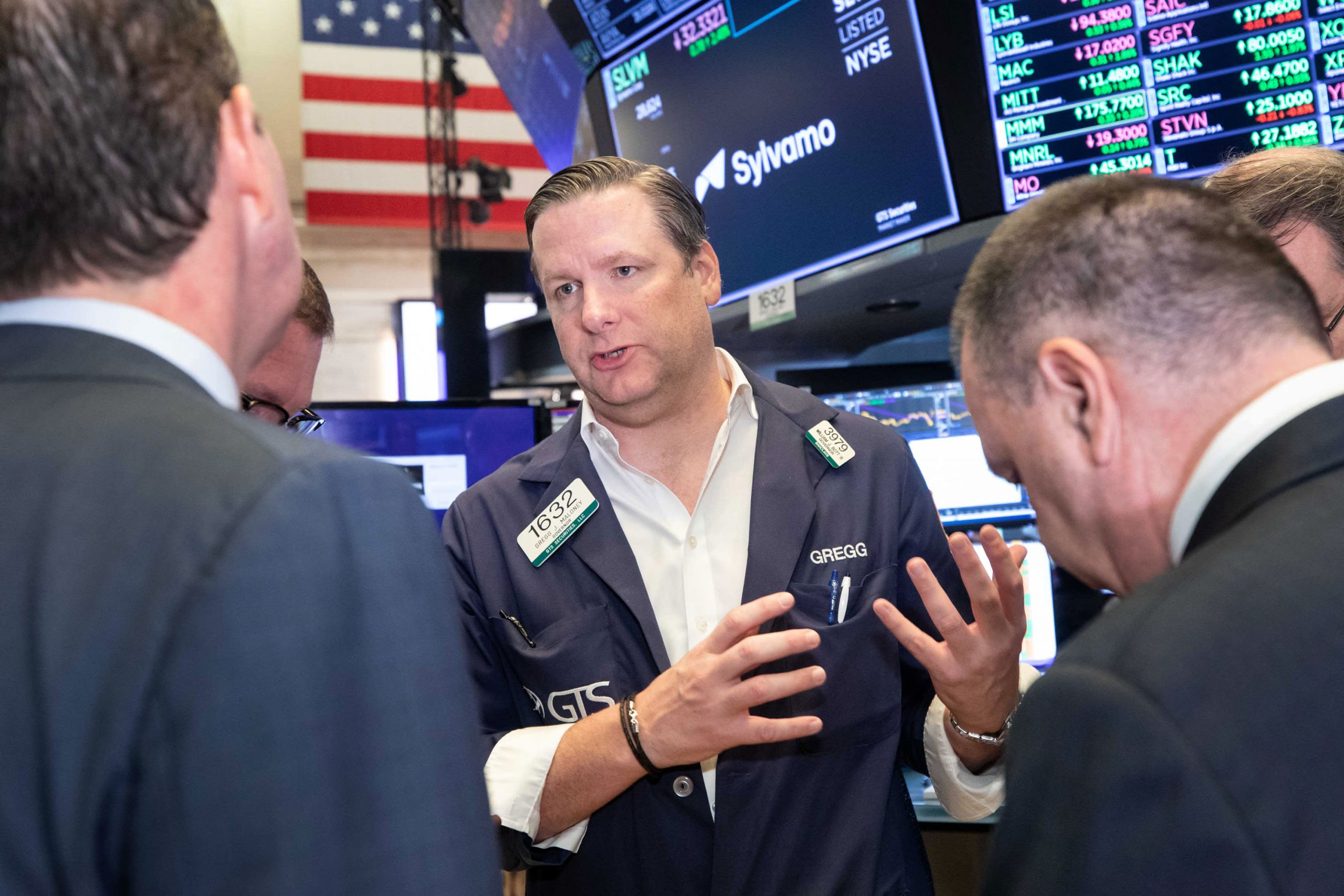 Stocks slid Monday morning, after the major averages posted their best week in months amid a stronger-than-expected start to earnings season.

A few things dented sentiment on Monday. Overnight, China reported GDP that disappointed, coming in at 4.9% annual growth in the third quarter. That was short of the 5.3% growth expected by economists polled by Reuters. Industrial production in China last month also fell short of expectations.

And the 10-year Treasury yield climbed back above 1.61% to start the week. Rising rates have caused some pressure in tech shares at times this year as investors rotate out of growth stocks and into more value-oriented names.

So far 41 S&P 500 components have reported third-quarter results, with 80% of them topping EPS expectations, according to data from FactSet. Taking into account the companies that have already reported and estimates for the rest, third-quarter profit growth will total 30%, the third highest quarterly growth rate for S&P 500 companies since 2010, according to FactSet.

“Wall Street was expecting a slowdown in spending, but it turns out the U.S. consumer is not to be messed with,” said Edward Moya, senior market analyst at Oanda. “Back-to-back months of better-than-expected retail sales data shows the consumer looks strong heading into the holiday season,” he added.

A number of big names are set to report in the week ahead week, including Netflix, Johnson & Johnson, United Airlines and Procter & Gamble on Tuesday. Tesla, Verizon and IBM are among the other names on deck for the week.

Strong results from the first week of earnings, including from the largest banks, have pushed the major averages to within striking distance of their all-time highs. The Dow is less than 1% from its record high, while the S&P 500 and Nasdaq Composite are 1.6% and 3.3% below their records respectively.

As earnings season gets into full swing, investors will be watching for company commentary around supply chain bottlenecks and inflation, among other things.

Bitcoin pulled back from its recent high, but held above $60,000 on Sunday, according to data from Coin Metrics, as the first bitcoin futures exchanged-traded fund gets set to begin trading this week.

Bitcoin moved higher on Friday in anticipation that such a listing could come. The world’s largest cryptocurrency topped $60,000 last week for the first time since April, trading as high as $62,307.