Election day in Germany: Check your device for advice 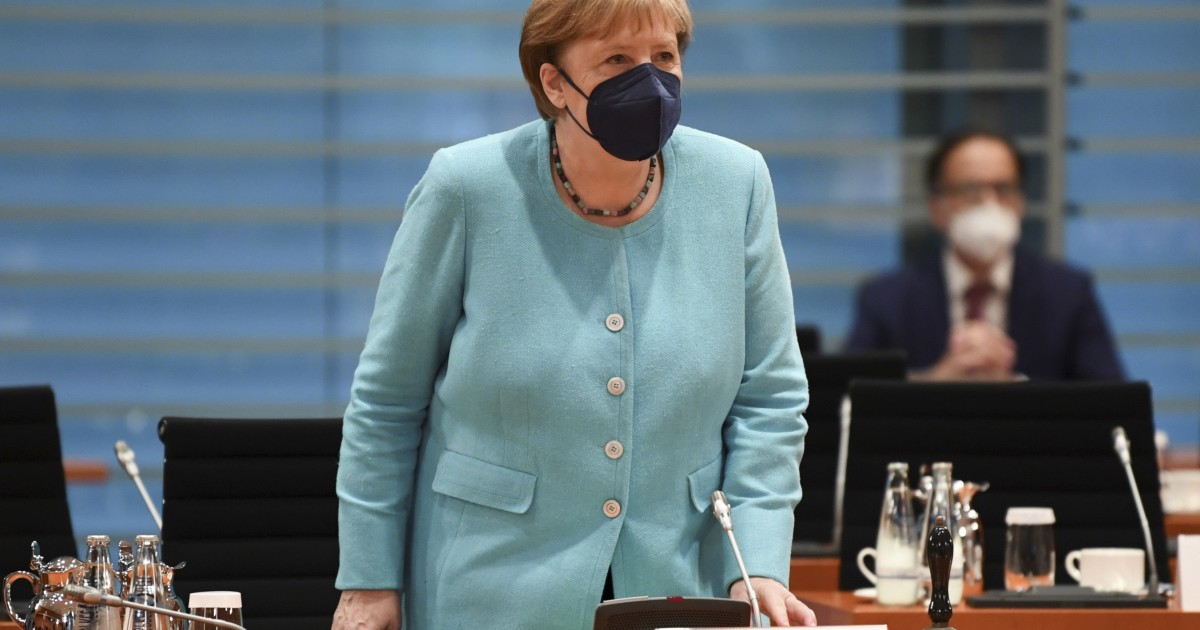 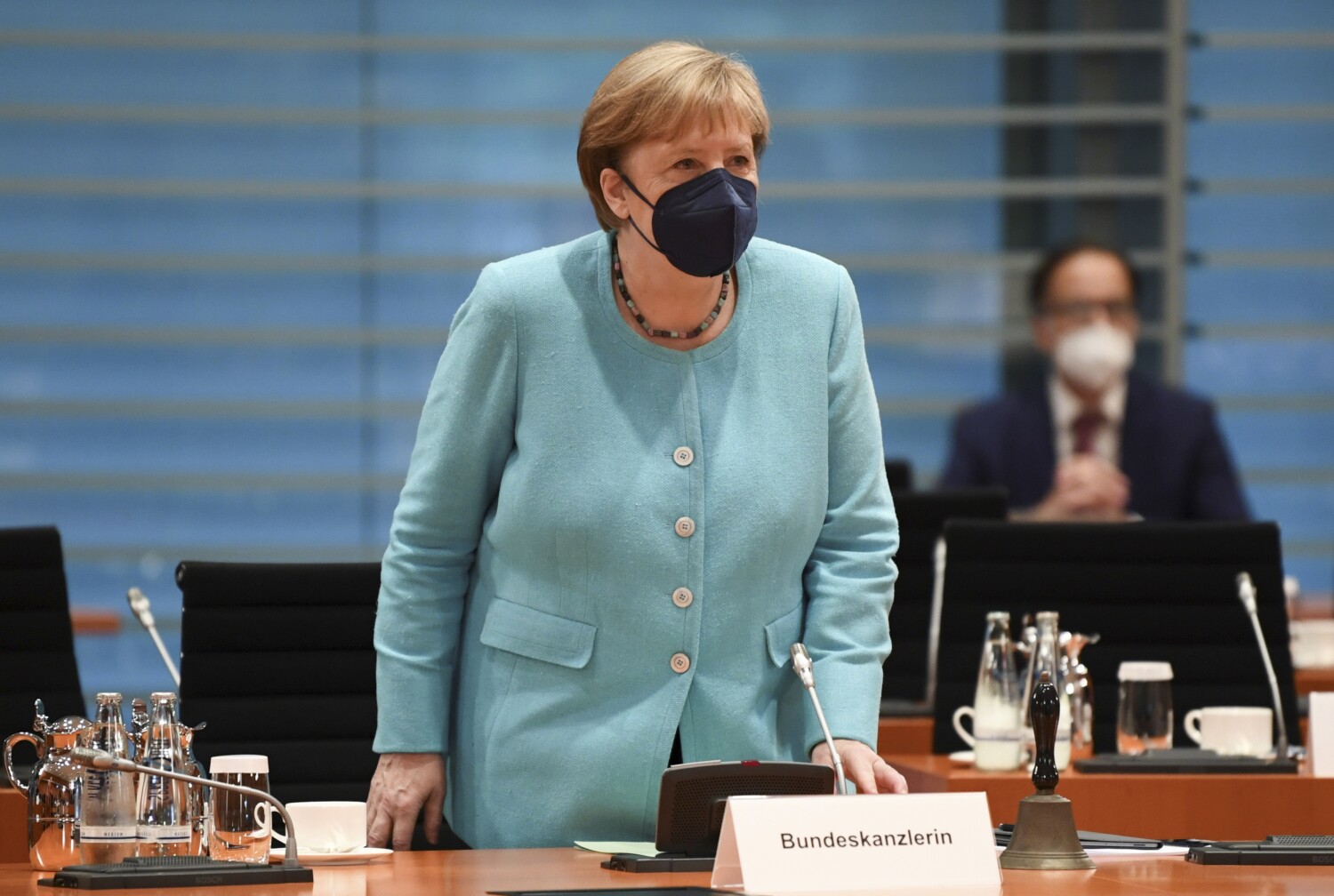 German voter Marcus Schroeter hoped to clear up a few issues as he answered political policy questions in the computer application Wahl-O-Mat, or Vote-O-Meter, ahead of Sunday’s national election.

Schroeter figured his answers to the 38 questions might provide some needed guidance as he prepared for the quadrennial vote, which will determine the successor to retiring Chancellor Angela Merkel.

But, in his case, maybe not.

“I think it’s good for helping to form political opinions and a useful tool to combat political disenchantment with some voters, but, to be honest, I’m still undecided,” Schroeter, 37, a veterinarian in Berlin, said this week.

Despite an anticipated mix of user experiences, about 20 million German voters were expected to turn to their phones or other online devices for app advice, so to speak, not unlike asking Alexa or Siri about the weather, music recommendations or travel tips.

That’s about one-third of the 60.4 million eligible voters in Germany and nearly half of the total number of 46.9 million people who voted in the last national election in 2017. It’s also about 5 million more people than those who turned to their “voting advice application,” or VAA, four years ago for help in guiding them through the litany of party platforms and candidate positions.

Germany, with a population of about 84 million, will elect a total of at least 598 members of the Bundestag, or Parliament, on Sunday. Those representatives will elect a new chancellor, depending on coalition negotiations, about a month later.

There are 40 parties on the ballot in Sunday’s election, ranging from the neo-Nazi National Democratic Party, or NPD, to the far-left Marxist-Leninist Party, or MLPD. Six parties are expected to win at least 5% of the total vote to secure seats in the Parliament. The parties are all vying to win the largest share of the votes to lead the next government.

Among the factors making voting confusing is that major parties have shifted their positions considerably in the last decade. Merkel has moved her conservative party, the Christian Democratic Union, away from the right and into the political center, the Greens were once far on the left but have swung toward the conservative side on some issues in recent years, and the center-left Social Democratic Party, or SPD, candidate for chancellor, Olaf Scholz, has pushed his left-leaning party to the center.

Opinion polls show Scholz leading the field with about 25% of the vote and the odds-on favorite to emerge as the next chancellor in a three-party coalition with the Greens and probably the Free Democrats.

The popularity of the advice app in Germany epitomizes a culture of low-key political discourse, analysts say. The country also developed a historical aversion to loud, charismatic orators in part because of the horrific experiences that followed the turmoil of the early 1930s and the rise of Adolf Hitler.

The Wahl-O-Mat in Germany was launched in 2002 after a similar application, Stemwijzer, or Voting Guide, was used in neighboring Netherlands starting in 1989. Voting advice applications with various names are used in other parts of Europe and the world, including the United States.

The nonpartisan Wahl-O-Mat runs on a shoestring annual budget of 100,000 euros, or $120,000, with just three staff members under the aegis of the federal agency for civic education (BPB), Pamela Brandt, project manager since 2004, said in an interview. Nearly 16 million people had used the device by Sept. 17, breaking the total 2017 record of 15.7 million, and the 2021 total would probably hit 20 million this week, she said.

“Most of those who use the Wahl-O-Mat are already highly motivated about politics to begin with and are just looking for confirmation of their choice or for more information about the parties,” Brandt said. “About 95% of the time the device confirms their leanings. The other 5% are surprised by their outcome but it usually inspires them to dig deeper to learn more about the party platforms. That’s especially rewarding for us — informing voters.”

Discussions about the Wahl-O-Mat have moved from the commuter train to the water cooler to just about everywhere as many ordinary Germans debate the merits of the different parties and compare notes on why their recommended choices sometimes do not match their interests.

Many other people interviewed in the Berlin area shared their views of the app, though they mostly declined to say how they planned to vote.

Frank Ruenzi, who has known for quite a while how he would cast his ballot in the election, said he answered the questions on the app on a lark. The app advised him to vote for the far-left Linke party even though he had never voted that way, said the 41-year-old self-described political junkie.

“I think it’s too one-dimensional, too imprecise and clumsy,” said Ruenzi, a hobby artist and office worker in the medical industry. “I think it’s maybe useful for people who don’t follow politics closely.”

The recommendation from Wahl-O-Mat surprised Andrej Hermlin, 56, after he’d answered questions such as “Do you favor the introduction of a speed limit on freeways?” or “Should lawmakers limit rent increases?” or “Should Germany introduce a tax on wealth?”

“It’s just a gimmick,” said Hermlin, a musician. “The party I’m going to vote for came out in ninth place. So the machine doesn’t really work. I don’t think many people are really depending on this machine to decide how to vote.”

Sylvia Fuhr, a 52-year-old nurse, said she stuck with her original plans for the election, which did not match the app’s recommendation.

“It’s a bit insane that we’ve come to the point where people ask a computer how to vote instead of thinking about it for themselves,” Fuhr said.

Many people, such as Yvonne Wagner, a secretary, acknowledged that turning to an application for just about anything, including serious or not-so-serious political advice, no longer feels odd in today’s world.

“I already ask my smartphone about train connections, restaurant tips and it’s even helped out when it comes to dating,” said Wagner, 53, “so what’s wrong with asking for voting tips too?”

Kirschbaum is a special correspondent.