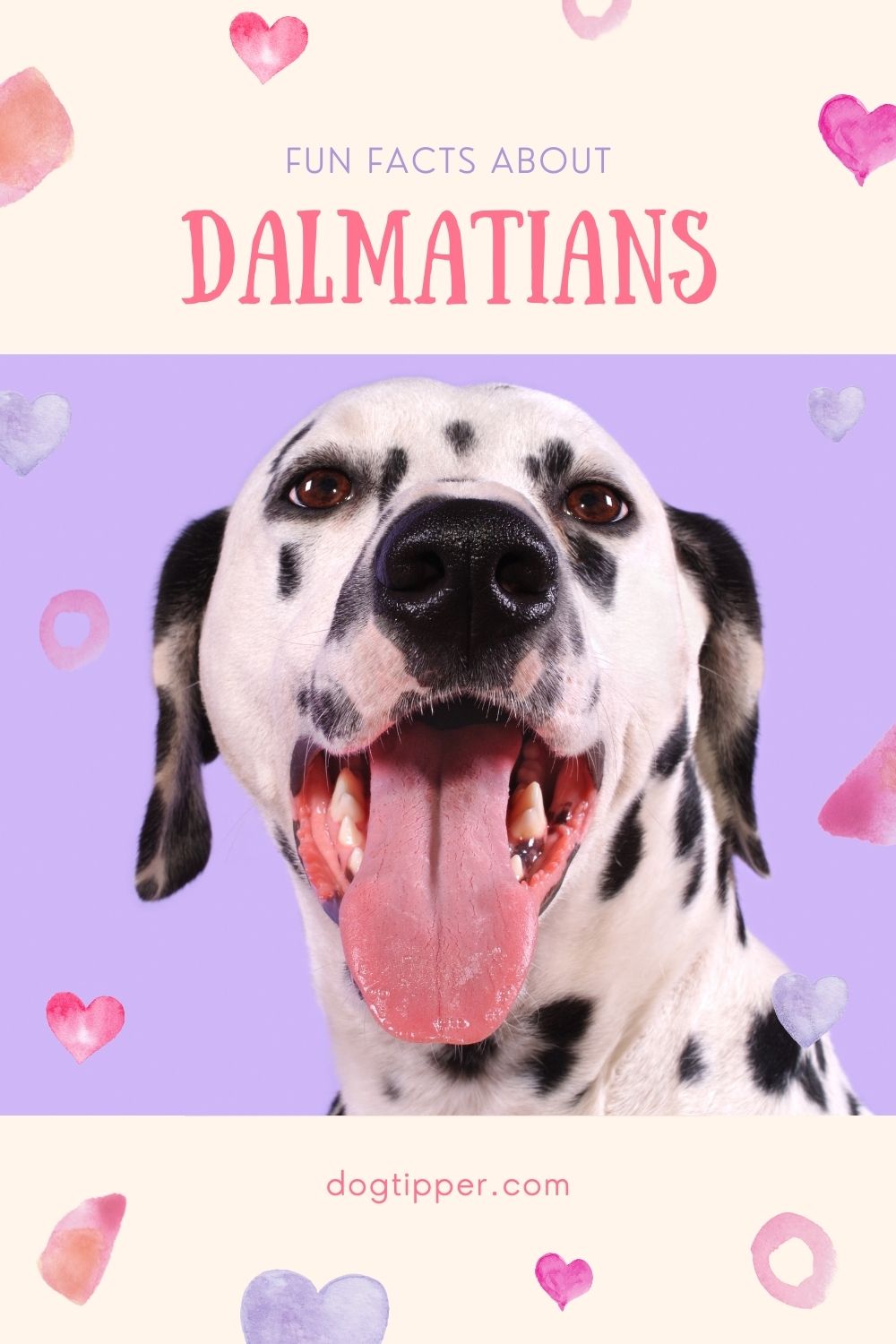 The Dalmatian only ranks 51st on the American Kennel Club’s annual list of the most popular dog breeds, but these spotted dogs hold the number one spot in the heart of anyone who has been fortunate enough to have welcomed a Dalmatian into their heart and home. In celebration of this distinctive breed, we’ve fetched a some fun facts about Dalmatians!

October 1 is a pet holiday known as National Fire Pup Day, a day to honor the Dalmatian breed that has worked side by side with firefighters for generations.

Other Names for Dalmatians

The Dalmatian has been known by a number of other names, including:

The spots on a Dalmatian’s coat can come in many colors!

Although the primary spot color is black, Dalmatian colors can vary so your dog may be a:

Dalmatians are spotless at birth. The dog’s signature spots appear when pups are approximately 10 days old.

Each dog coat is one-of-a-kind! Just like a person’s fingerprints, the arrangement of every Dalmatian’s spots is unique.

Name of Dalmatian in Different Languages

“I like to think that the parents, the doctors and nurses and staff, the neighbors, will all be smitten by this playful, heroic young dog doing the impossible.  Art has actual healing power.”

Dalmatians on the Silver Screen

If you want to welcome a dalmatian or Dalmatian mix into your heart and home, look for a Dalmatian rescue in your area, as well as other area animal rescues and shelters.

You can search for adoptable Dalmatians online at:

5 Ways to Help Your Dog Live a Longer, Happier Life