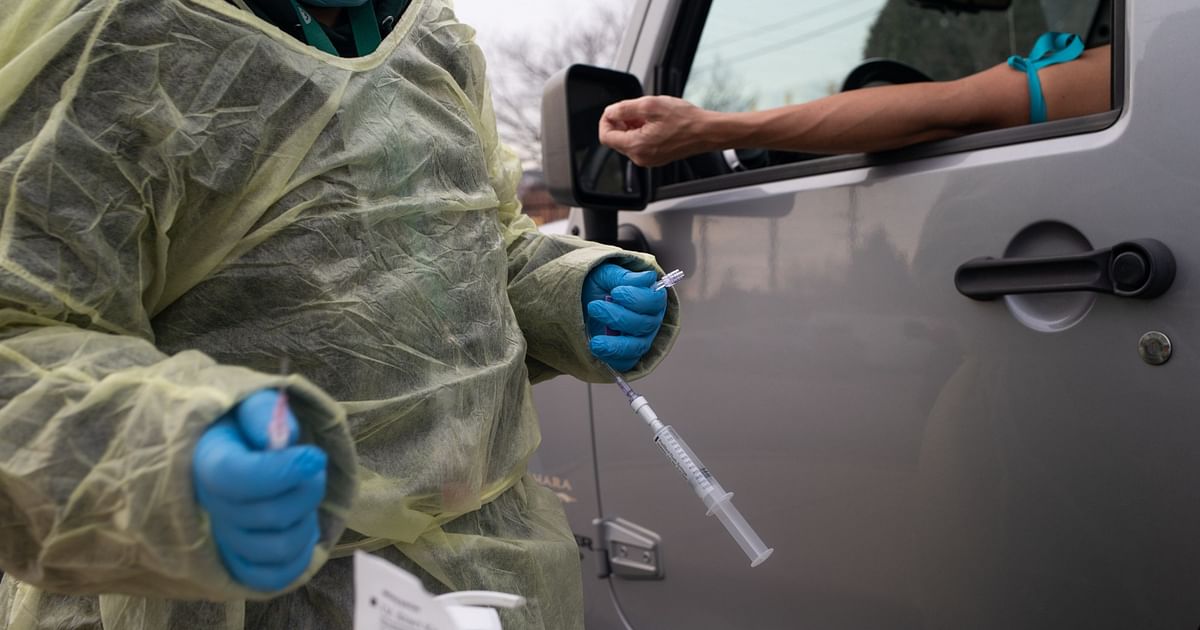 (Bloomberg) — U.S. airlines, chiefly United Airlines Holdings Inc. and Delta Air Lines Inc., scrapped hundreds of flights for the holiday weekend because of personnel shortages linked to a spike in omicron cases as well as some bad weather.

The U.S. announced it would lift travel curbs imposed on several southern African countries because the Biden administration doesn’t think travelers from there will have a significant effect on the U.S. tally.

France and the U.K. posted record numbers of coronavirus cases on Friday, as scientists advising Boris Johnson’s government warned a “large wave” is set to hit hospitals there. The U.K. is looking to plug shortages of care workers with a new visa program.

Israel’s plan to administer a fourth vaccine dose to older adults and medical personnel may be delayed or abandoned if the country’s top health official fails to sign off on the program.

French infections hit a record for a second straight day, topping 90,000 again, as the omicron variant takes hold in much of Europe. Deaths totaled 169 on Friday, according to data from the public health office.

The global tally exceeded 3,500 trips for Friday and Saturday, according to data tracker FlightAware.com. China Eastern and Air China ranked one-two, and the most-affected airport was in the Chinese city of Xi’an, where the Beijing government cracked down under its Covid Zero policy after an outbreak.

Earlier, the U.K. Health Services Agency said that another 23,719 cases of the omicron variant had been identified, up 41% from the 16,817 cases of the strain seen on Thursday.

An estimated 1 in 25 people across England — more than 2 million people — had Covid as of Dec. 19, according to Office for National Statistics modeling.

The nation continues to line up in large numbers for booster shots. More vaccine centers have opened across the country — including in shopping centers, football stadiums, and pop-ups such as vaccine buses.

Ireland reported its most daily coronavirus cases on record, with the omicron variant now dominant in the country.

There were 11,182 newly confirmed cases, the health ministry said in a Twitter post. That’s almost 3,000 more than the previous peak in January.

While hospitalizations have eased in the past month and are at their lowest since October, the government has warned they may increase in the days ahead.

Portugal on Friday recorded 12,943 new daily coronavirus infections, the highest level since Jan. 29, as authorities prepare to impose new restrictions, including closing bars and nightclubs, to fight the pandemic during the holiday season.

There were 11 fatalities in a day, taking the total to 18,851 deaths, Portugal’s Directorate General of Health said in a statement.

Hospitalizations have crept up recently, but remain far below last winter’s levels. Portugal has one of the highest coronavirus vaccine levels in the world.

The U.K. is expanding its visa scheme for care workers in response to shortages, the government says in an emailed statement.

Care staff will be added to the “Shortage Occupation List,” and will become eligible for 12-month Health and Care visas.

Workers recruited to the U.K. under the scheme will be able to bring their dependents, including partner and children, and the visa will offer a “pathway to settlement” should they remain employed and wish to remain in the U.K.

“The restrictions gave us time to understand omicron, and we know our existing vaccines work against omicron, esp. boosted,” Munoz said.

In South Africa, an omicron-fueled fourth wave of Covid cases is easing, and studies have shown the new strain is far less likely to result in hospitalization.

South Africa will stop coronavirus contact tracing and won’t ask those who’ve been directly exposed to infected people to quarantine, indicating a shift away from tough restrictions to contain the pandemic.

Zambia set a daily record of new cases at 3,672, with a positivity rate of 27% for tests conducted in the past 24 hours, Health Minister Sylvia Masebo said. The previous record for new cases was reported in June.

The English Premier League said Everton’s match at Burnley on Boxing Day has been postponed because Everton has insufficient players as a result of Covid cases and injuries. It’s the third Dec. 26 match to be called off, after the league on Thursday delayed Wolverhampton Wanderers vs Watford and Liverpool vs Leeds United.

Japan’s Ministry of Health, Labor and Welfare has granted Special Approval for Emergency for molnupiravir, Merck says in statement.

“As infections move into older age groups, a large wave of hospital admissions should be expected,” the U.K. government’s Scientific Advisory Group for Emergencies said in minutes of a Dec. 23 Covid-19 meeting released Friday.

SAGE said hospital admissions for patients with omicron variant are doubling every 4-5 days.

Meanwhile, the Office for National Statistics said 1 in 35 people in England had Covid-19 in the week ended Dec. 19, and one in 10 Londoners were infected.

French Health Minister Olivier Veran said in a tweet that an additional 1 million vaccination appointments would be made available next week. “From today, boosters are possible from four months after the last injection/infection,” Veran wrote.

Israel’s plan to administer a fourth vaccine dose to older adults and medical personnel may be delayed or abandoned if the country’s top health official fails to sign off on the program.

The plan, which would have made the country the first in the world to offer a fourth shot on such a widespread basis, was announced on Tuesday by Prime Minister Naftali Bennett following a recommendation from a panel of experts. The decision was based on a forecast showing that fast-paced spread of omicron would leave the population largely unprotected from infection.

Boris Johnson urged Britons to take care at Christmas, as he considers whether to tighten pandemic regulations next week amid a record surge in cases fueled by the fast-spreading omicron variant.

A total of 119,789 new cases were logged on Thursday, more than double the rate seen at the start of the month, and an increase of more than 10,000 on Wednesday’s caseload — which had also been a daily record.

Thailand has registered its first large outbreak of the omicron variant, prompting a caution for New Year gatherings and celebrations.

More than 20 people have been infected with the variant in a cluster linked to two Thais who returned from Europe.

India’s government faces a growing clamor from business leaders and public health experts to launch a booster drive and begin vaccinating children as the nation braces for a surge of omicron-fueled infections.

With ample vaccine supplies, India could begin inoculating those under 18 as well as administer third doses to front-line health care workers, the elderly and those at high risk since they got their first shots in early 2021, Kiran Mazumdar Shaw, the founder and chair of Biocon Ltd. — one of India’s largest drugmakers — told Bloomberg.