How to use WhatsApp on two or more phones 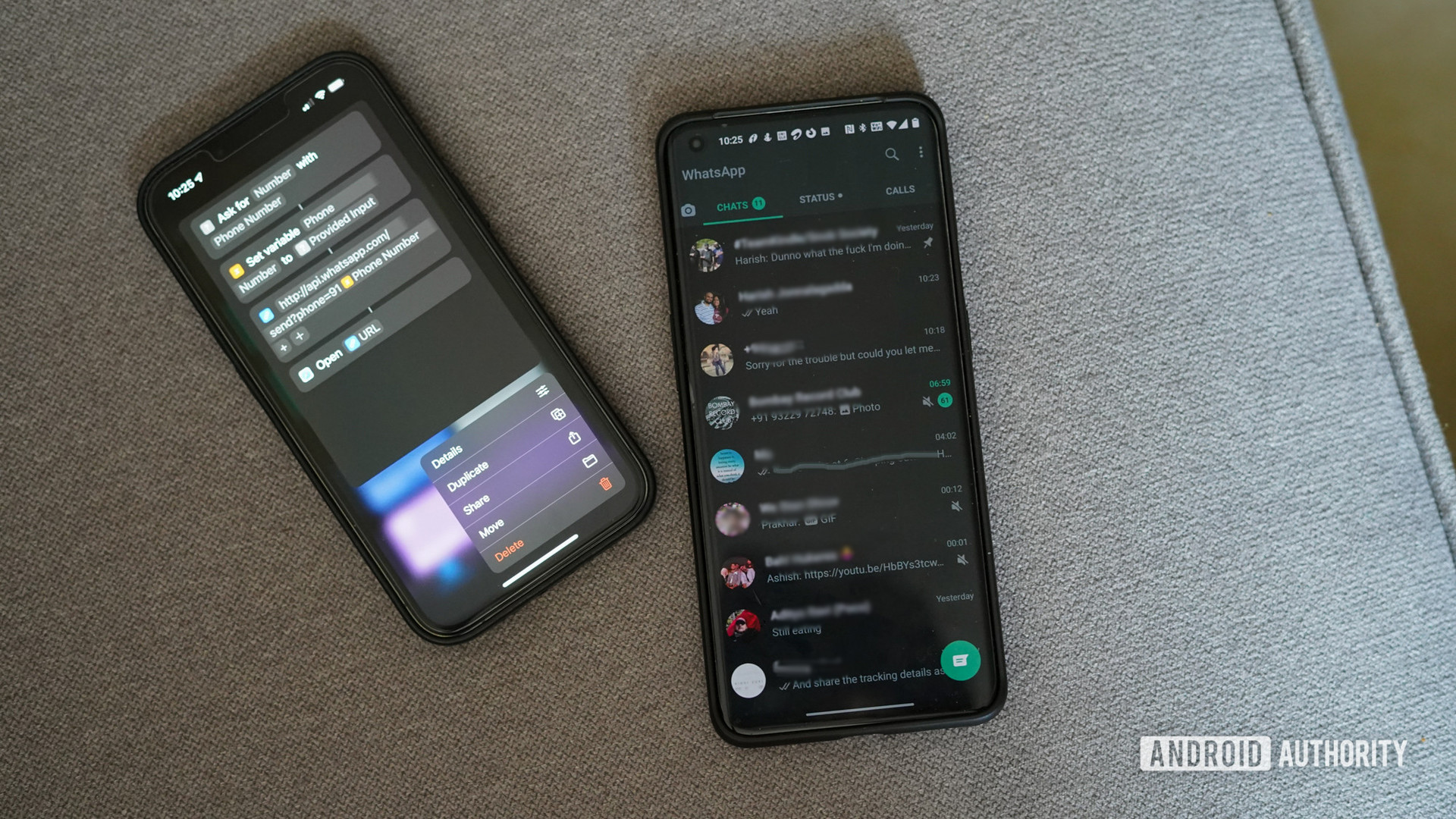 If you have more than one phone — say one for your private life and one for work — you may have encountered issues with syncing your information across devices. This is especially true with WhatsApp. Officially, the company doesn’t allow you to use the same number with more than one device. So syncing your WhatsApp messages between two devices officially becomes impossible. However, there is another way you could do it — but it’s not the most elegant solution.

Read more: How to use WhatsApp — a step-by-step beginner’s guide

To use the same phone number on more than one device, use WhatsApp Web on your phone browser on the second phone. Be sure to request the desktop version of WhatsApp to avoid being redirected to the App Store or Play Store. Pop-up notifications may not work, depending on your browser, but you’ll still be able to use WhatsApp web as a secondary device for the same number.

How to use WhatsApp on two or more phones

Let’s refer to the two devices as phone one and phone two. Phone one has the WhatsApp app installed, with the phone number officially registered in its settings. Phone one also has all of the previous conversation histories and media. Now you want to use the same number on phone two’s WhatsApp, have access to those conversations and media attachments, and sync any changes across both devices.

So how do you do it? Well, not by using the WhatsApp app on phone two. That will require a totally separate number, and although you can officially transfer your WhatsApp messaging history between phones, it won’t sync between devices. The transfer is one-way and is meant for users who are permanently changing devices.

Instead, this is one of the ways to take advantage of WhatsApp Web. On phone two, open your internet browser and go to https://web.whatsapp.com. Right away, request the desktop version of the website. The mobile version of the site will automatically push the app on you.

When it switches to the desktop site, you’ll see the QR code for linking devices.

Over on phone one, go to Settings—>Linked Devices. Tap Link a Device and when the QR code scanner appears, scan the code on phone two.

The two phones will now link together, sync messaging, and so forth. However, you will immediately see that WhatsApp desktop is not optimized for mobile devices. So, as I said before, this is not the most elegant solution, especially for protracted chat sessions. But for the purposes of checking for new messages and quickly firing off a quick note to someone, it’ll work. The screenshot below actually makes it look bigger than it actually is. In reality, you will need to pinch and zoom in to read messages.

If you use this method on iOS Safari, you can tell Safari to place a direct link to WhatsApp Web on your home screen for easier access.

Unfortunately not. The WhatsApp app only accepts one number. If that number is being used by WhatsApp on another phone, WhatsApp will tell you the number is already in use and will ask for another number.