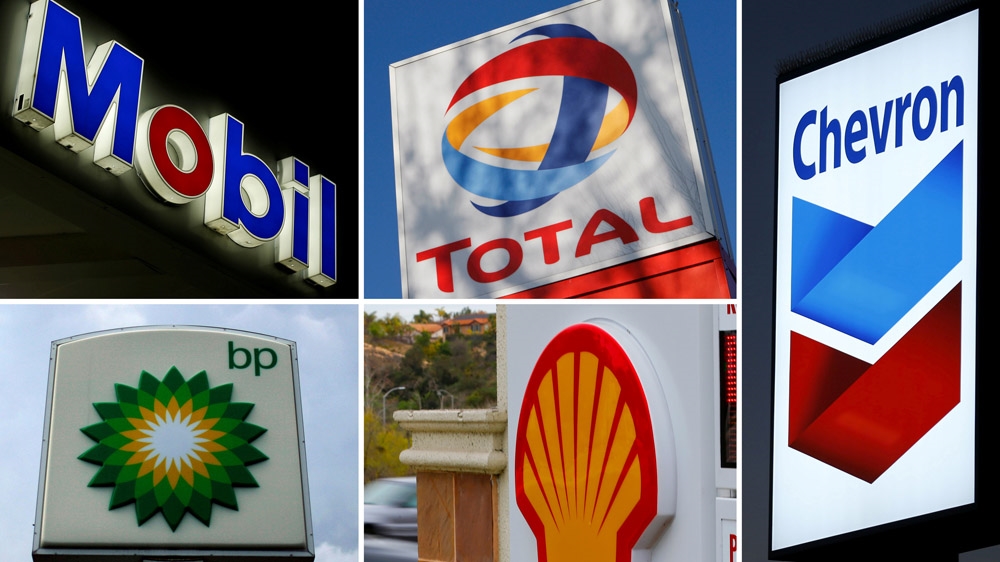 When we look back at the history of fossil fuel companies, we see that slick communication strategies have always been central to their efforts to appear harmless.

Last month, I joined dozens of activists from 12 European countries to block traffic around Shell’s Pernis refinery in Rotterdam using buoys and a small flotilla of kayaks as part of a campaign seeking a ban on fossil fuel advertising.

Almost 40 “kayaktivists” were still trying to build a barrier at the entrance of the port when the first reactions from the fossil fuel industry started to come in. The fact that our campaign to ban fossil fuel ads received a wave of angry responses just a few hours after its launch reassured us that we have hit them where it hurts. And it made the issue at hand even more evident: the fossil fuel industry relies on PR to mislead people and stay afloat.

For decades, the industry engaged in climate change denial to protect itself. As we know now, oil companies had been made aware of climate change in the 1970s – their own scientists warned them that if they did not take immediate action, their products would soon heat up the planet disastrously. But these companies chose to listen to their financial and PR advisers over their scientists. They buried the evidence and kept quiet about the looming catastrophe to continue making money.

But what we do know is that while the fossil fuel industry may have lost some of its teeth in the last few decades, it did not change its nature: it is still willing to destroy our future for a profit.

Most fossil fuel companies may not be engaged in overt climate change denial today, but they are all employing the equally disastrous strategy of “delay and deceive”. They are pumping millions into “greenwashing” and trying to make their destructive practices look environmentally friendly in order to extend the lifespan of their obsolete business.

For example, BP is inviting individuals to assess their own emissions using its “carbon footprint calculator” in an effort to put the blame for climate change on the shoulders of consumers – a smart, but nasty, strategy which discourages meaningful climate action. Similarly, researchers from Harvard University have recently accused Exxon of using misleading language to try and shift the blame for fossil fuel use – and climate change – from producers to consumers. Finally, last month Greenpeace published a new report which revealed that two-thirds of the advertisements put out by six leading fossil fuel companies in Europe can be classified as “greenwashing”.

History is repeating itself before our eyes. The fossil fuel companies who denied climate change for decades and paved the way for the current climate tragedy are now trying to once again pull the wool over our eyes with their so-called “green” advertisements, promotions and initiatives.

This is why Greenpeace, together with 20 other NGOs, decided to take a stance against this new type of climate deception and call for an end to fossil fuel advertising and sponsorship.

We are calling on the European Commission to introduce a tobacco-like ban for fossil fuels advertising and sponsorship.

On October 4, when we launched a petition and invited citizens of the European Union to support our proposal, the industry panicked.

The first reaction came from Shell. They were, unsurprisingly, not pleased. They tried to defend themselves by saying they invest billions into clean energies. What they didn’t say was that their own numbers show that their investment in oil and gas is still five times bigger than their investment in renewables – this is how seriously they are taking the climate emergency.

The second reply came from Total Energies. “Nothing we ever do is enough for Greenpeace,” they said. We were devastated to hear that Total is feeling deflated by our challenges, but it has to do much more than a multimillion-Euro rebrand campaign to convince us of its good intentions. The climate does not care about the feelings of Total Energies – it cares about the emissions from fossil fuels that make up 90 percent of Total’s portfolio.

One of the most outrageous reactions was from the Finnish company Fortum, who alongside their subsidiary Uniper are currently emitting more CO2 emissions than all of Finland. In reaction to our campaign, Fortum argued that “an advertising ban would decrease the visibility of climate change itself and the energy companies’.’ It seems Fortum’s PR team was hiding under a rock earlier this year when the IPCC report came out warning us of a bleak future if we don’t take strong measures quickly.

This year alone, climate disasters – floods, fires and droughts among others – claimed thousands of lives across the world. We don’t need the companies responsible for this climate emergency to raise “awareness” about climate change any more than we need tobacco companies attempting to “educate” the public about lung cancer.

Our television screens, social media channels and our news serve as platforms for the fossil fuel industry to spread its lies. They also creep into places where young people go to expand their minds: universities, science institutions and cultural ones. They don’t belong there. Frankly, they belong in court.

With the Climate Summit currently under way in Glasgow, we expect a boost in the fossil fuel industry’s misleading communications, as they know they are the centre of attention in the worst possible way. But if this ban is successful, it will force these companies to become completely fossil fuel-free before they can advertise again. This is the kind of bold action we need to tackle the climate catastrophe we’re facing and we are very sorry if this hurts the fossil fuel industry’s feelings. I’m afraid it will happen again.

The views expressed in this article are the author’s own and do not necessarily reflect Al Jazeera’s editorial stance.