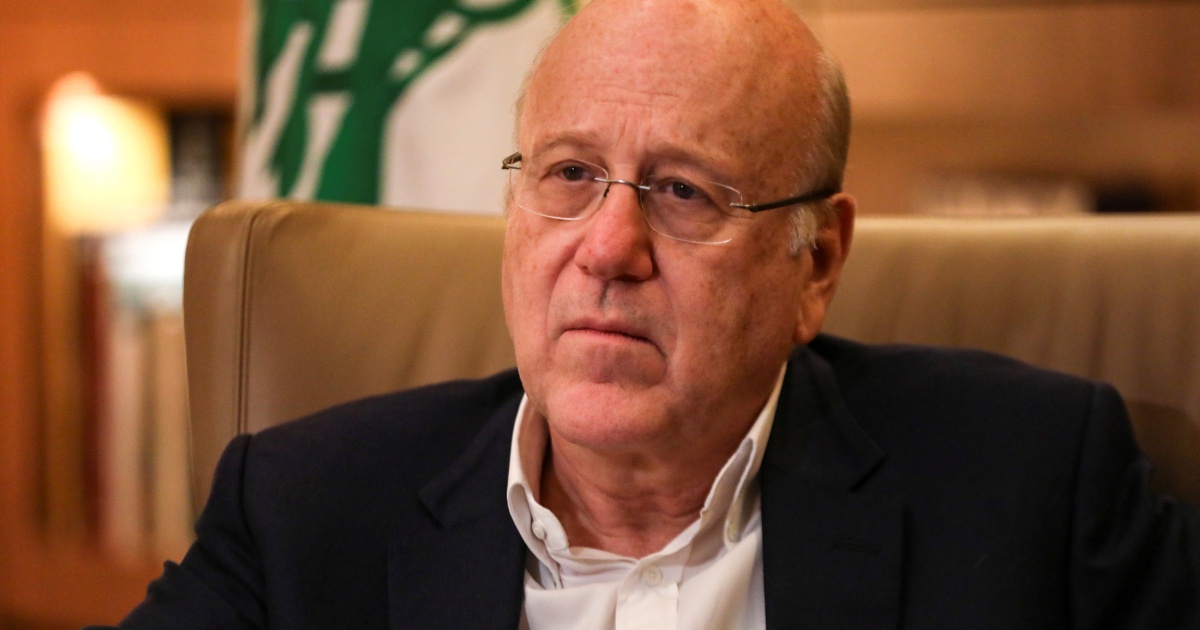 Lebanese Prime Minister Najib Mikati has said a call he had earlier with Saudi Crown Prince Mohammed Bin Salman (MBS) and French President Emmanuel Macron was “an important step” towards restoring relations with the Gulf.

Lebanese Information Minister George Kordahi resigned on Friday to help end a diplomatic spat with Saudi Arabia over comments he had made in October criticising Saudi Arabia’s role in the war in Yemen. Riyadh recalled its ambassador and banned imports from Lebanon over what it called “insulting” remarks.

The French president, who was in Saudi Arabia for talks with the Saudi crown prince as part of a Gulf tour, told reporters on Saturday that Riyadh had committed to re-engage financially in the short term.

“We are, therefore, now going to work in a very concrete way to put this together between the two of us,” he said.

Macron said during the call with Mikati, he and MBS relayed “a clear message Saudi Arabia and France want to be fully committed”.

“We want to commit ourselves to supporting the Lebanese people and therefore do everything possible to ensure that trade and economic reopening can take place,” Macron told reporters in remarks before departing the kingdom.

“We also want the [Lebanese] government to be able to work in a normal way and therefore to meet as soon as possible, and to carry out useful reforms,” he added.

The French president indicated that France and Saudi Arabia will work together to offer essential, humanitarian assistance to Lebanon, which is facing an economic crisis brought on by failures in government and pervasive corruption.

The Lebanese cabinet said in a statement on Facebook on Saturday that Mikati stressed his government’s commitment to make reforms.

It marked another intervention by Macron to try to aid Lebanon, a nation that was once a French protectorate. It also marked the first call between the Saudi crown prince and Lebanon’s prime minister since Mikati took office in September.

Macron said he would call his Lebanese counterpart, Michel Aoun, on his return to Paris.

Macron has led international efforts to resolve the political and economic crisis in Lebanon. But despite staking a lot of his capital on the issue for more than a year, he has failed so far to push the country’s squabbling politicians to carry out economic reforms that would unlock vital foreign aid.

In October, Riyadh had expelled Lebanon’s envoy to the kingdom, recalled its ambassador to Beirut and banned Lebanese imports following the remarks by Kordahi, an ally of Hezbollah movement, which Riyadh considers a “terrorist” organisation. The United Arab Emirates and Bahrain followed suit.

Kordahi said on Friday when he resigned that he was acting in his country’s interest to help end the dispute. The Iran-backed Hezbollah is one of the most powerful players in Lebanese politics.

Saudi Arabia and Iran have long battled for influence in the region, including in Lebanon, which is struggling with a deep economic crisis and desperately needs financial support from regional and international donors.