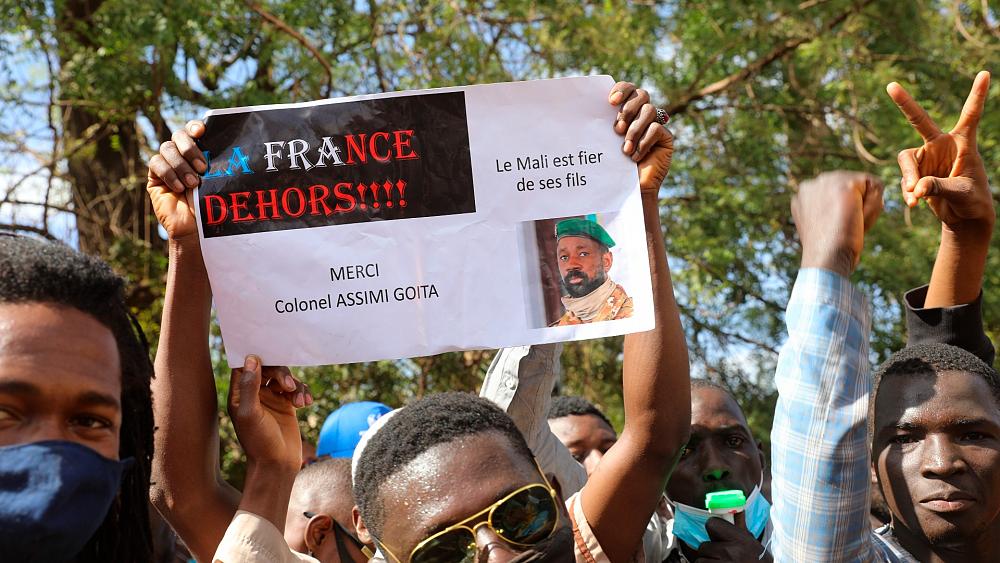 Mali’s military-dominated authorities have decided to expel the French ambassador in a new escalation of the feud between Bamako and Paris, state television reported Monday.

“The government of the Republic of Mali informs national and international opinion that today (…) the French ambassador in Bamako, His Excellency Joel Meyer, was summoned by the Minister of Foreign Affairs and International Cooperation (and) that he was notified of the government’s decision inviting him to leave the national territory within 72 hours,” a statement read on state television said.

Malian authorities justified this decision by the recent “hostile” statements of French officials against them.

A source at the French Ministry for Foreign Affairs told Euronews that “France takes note of the decision of the transitional authorities to end the mission of the French Ambassador to Mali.”

“France reiterates its commitment to the stabilisation and development of the Sahel, alongside its partners in the Sahel Coalition,” the source added.

This convocation marks a new hardening of tensions between Mali and France, the former colonial power engaged militarily in Mali and the Sahel since 2013. Relations have continued to deteriorate since the colonels took over the country by force in August 2020, which has been plunged into a deep security and political crisis since 2012.

They further deteriorated in May 2021, with a new putsch by the same colonels to strengthen their grip.

France’s Meyer had already been summoned in October 2021 when French President Emmanuel Macron had reacted sharply to remarks by the head of the Malian government about the planned reduction of French troops and spoke of “abandonment in mid-air”. Macron in turn spoke of “shame” on the part of “what is not even a government”.

Tensions have risen further since the junta under Colonel Assimi Goïta revoked its initial commitment to hold elections on 27 February, and the West African organisation ECOWAS imposed severe diplomatic and economic sanctions on the poor, landlocked country on 9 January.

The junta now intends to stay in place for several years.

France and its European allies are also alarmed by the junta’s alleged use of mercenaries from the notorious Russian company Wagner, a group reputedly close to the Kremlin, accused of abuses in the Central African Republic and engaged in other theatres.

The junta persists in denying this. It has resisted part of the international community by invoking national independence. It accuses France of instrumentalising sub-regional organisations, of trying to divide Malians and of keeping its “colonial reflexes”.