Millennials pull crypto out of the shadows 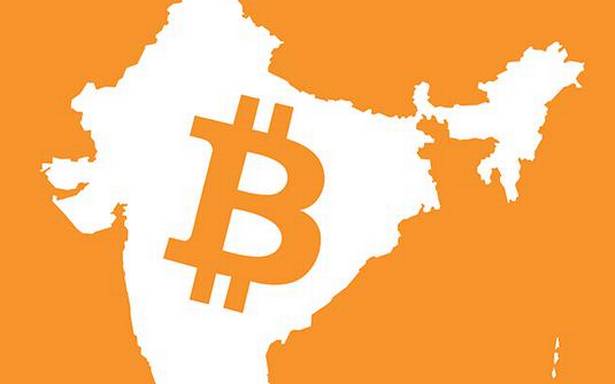 In hundreds of India’s small cities and towns, a generation that has hardly had any experience with stocks and bonds is heading straight for Bitcoin, Ethereum, Cardano and Solana. The average age of the 11 million users of CoinSwitch Kuber, a cryptocurrency trading app that didn’t exist 18 months ago, is 25, and 55 per cent of them are from outside large metropolises like New Delhi or Mumbai.

Widespread acceptance of digital tokens by millennials and Generation Z is helping the industry step out of the shadows, a far cry from 2018 when the co-founders of a crypto exchange were briefly in police custody for daring to put up a kiosk in a Bangalore shopping mall where people could swap their Bitcoin for money. Now trading is all very public, and highly visible. CoinSwitch Kuber has signed up a popular Bollywood youth icon for an ad campaign with the tagline, “Kucch toh badlega” — something will change.

For CoinSwitch, which started out as a an aggregator of best real-time prices for digital assets around the world, something already has. In 2018, the fledgling venture couldn’t play on its home turf because India’s monetary authority had instructed banks not to entertain customers who dealt in virtual currency. It was only in March last year that the Supreme Court overturned the ban. CoinSwitch, whose app was released in June, acquired 11 million customers in 16 months. Investors took notice of the start-up and it recently became the first in the country to raise money from Silicon valley venture capitalist Andreessen Horowitz, at a valuation of $1.9 billion.

Having gone mainstream in such a short time, the industry itself is demanding to be regulated. “We’ve decided that we’ll show our faces,” saidAshish Singhal, one of CoinSwitch’s three Co-founders. “Even if regulation harms our business in the short run, it’s better than being forced to operate in a grey area with little certainty and not much room for growth.”

Fears of being outlawed have swirled since last year’s court order that gave the dying industry new life. But that risk is now receding. While Beijing last month announced, in most unequivocal terms, its resolve to root out all transactions in virtual currencies, the consensus is that New Delhi will hesitate to take such an extreme step. That’s partly because the relationship between private business and the State is different in India, where politicians need corporate donations to fight expensive elections, and citizens don’t like being told by the government whether tutoring, online gaming — or owning crypto assets — is bad for them.

In part, the industry’s confidence stems from the belief that policy makers have been persuaded of the benefits to the economy from blockchain-based innovation. iSPIRT, an influential Bangalore-based think tank, is advising India to embrace the growing field of decentralised finance to close a $250 billion funding gap for small and mid-size firms, and build a Wall Street for all on the internet, as Balaji Srinivasan, formerly the Chief Technology Officer at Coinbase Global — the largest US-based crypto exchange — describes it.

“We, as a country, missed out on internet 1.0,” saidSinghal. “We gave world-class talent to Google and Microsoft, including their current CEOs, but we didn’t create those titans. With blockchain, we can build some global giants.”

Still, mass adoption of crypto trading continues to make authorities — especially the central bank — uncomfortable. CoinSwitch isn’t the only firm employing celebrity endorsement to drum up business ahead of Diwali, the traditional gold-buying season. According to Bloomberg News, officials recently met with Amitabh Bachchan to inform the Bollywood superstar of their concerns over his brand-ambassador deal with CoinDCX, another Indian crypto exchange.

Past the event horizon

The current speculative fervour could use some tamping, though it’s too late to try anything more draconian. Putting an entire asset class off limits won’t be fair to Generation Z investors. They have “grown up on the internet,” saidSharan Nair, CoinSwitch’s Chief Business Officer. “Many are techies like us who like to solve problems in the crypto world by contributing code. What can they do as shareholders of a bank whose website they don’t like?”

About 83 per cent of urban Indians are aware of digital currencies, while 16 per cent actually own them, according to a survey by data analytics firm Kantar. Many more want to — the draw of crypto is now half as powerful as that of mutual funds, a product with which older generations have a far deeper familiarity.

That offers a glimpse of what investor portfolios will look like in future: A mix of digital assets and traditional financial products. Even without the reflected light of Bollywood stars, India’s crypto industry isn’t going dark again.