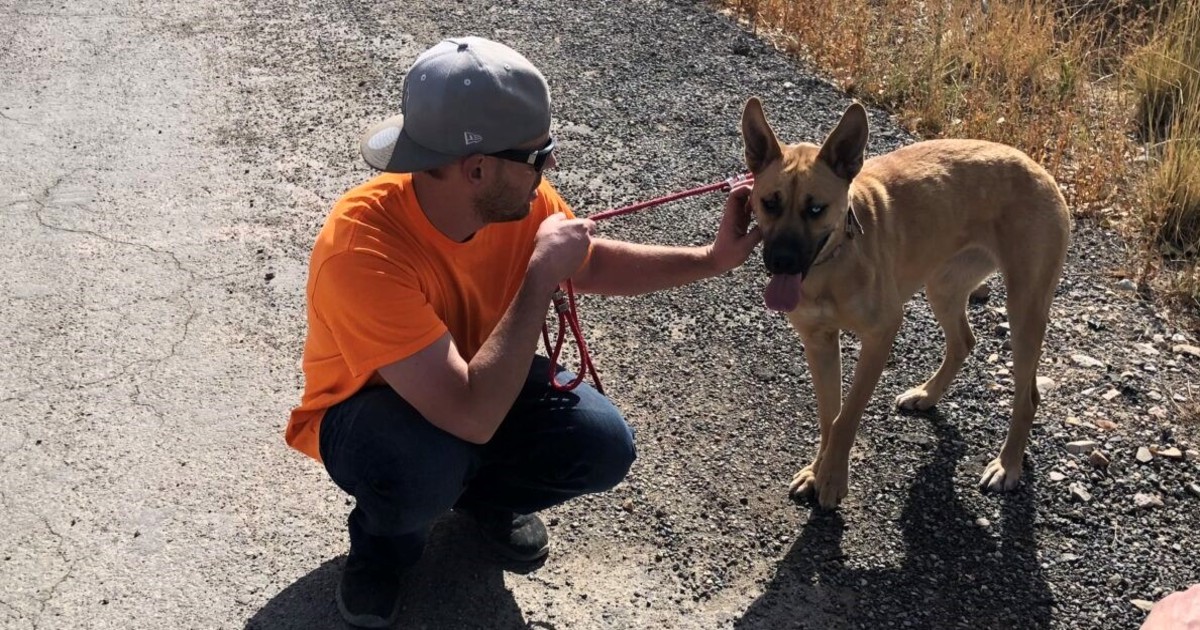 In October of 2020, the Utah County Jail started a program called “New Leash on Life.” As the dog pun indicates, it gives rescue dogs important opportunities to gain confidence and find permanent homes. The way these dogs train and learn to trust is what makes the program so valuable.

The New Leash on Life program pairs hard-to-adopt dogs from the South Utah Valley Animal Shelter with inmates at the Utah County Jail. Training and socializing the frightened dogs gives the inmates an important responsibility and the therapeutic benefits of having a pet.

Sgt. Chris Sainsbury, who oversees the program, summarized the past year to Daily Herald:

“It’s actually been fantastic. It’s a therapeutic opportunity for the inmates and helps the dogs.”

How The Program Helps Rescue Dogs

Since the program’s start in 2020, 28 dogs have come through. Most of them came from abusive situations and were very hesitant to interact with people. As Sgt. Sainsbury explained:

“We walk near them and they lower their heads to the ground, as if expecting some sort of punishment. We have dogs that come in that will not even leave their kennels. They are so afraid.”

Many dogs that exhibit signs of fear aggression are deemed unadoptable. After one-on-one training and attention with their inmate handlers, the formerly terrified dogs of this program learned to trust again.

“Every one of them has gone straight from dogs that don’t seem adoptable yet to going straight into the adoption pool,” Sainsbury noted.

As a further indication of the program’s impact, seven of the dog graduates were later adopted by their inmate handlers upon their release from jail. A few times, deputies raised the funds for adoption fees to make the reunions easier.

How New Leash On Life Benefits The Inmates

Inmates fortunate enough to participate in the “New Leash On Life” program train with the dogs three to five hours per day. According to Sainsbury:

“They know this program is unique. Very few inmates across the country are able to be incarcerated and have an animal who doesn’t judge them, is grateful to be with them.”

Working with the dogs also gets the handlers outside, keeps them active, and imbues them with responsibility. They have several tasks related to caring for and training the dogs.

“This allows them to be outside in the sun. While they work in the jail garden, the dogs are with him, watching them. They play with the dogs during breaks. They learn responsibility, make sure they’re fed, bathed, clean the kennels, watch for medical issues.”

Sheriff Mike Smith said that not only is the Sheriff’s Office proud of the program, but the inmates are proud of the work they do.

“They’re doing something positive and they’re making a difference for the dogs and, probably more importantly, for themselves. For some of them, it may be the first time they’ve had the opportunity to serve in this way. I am really proud of the program.”

The dogs benefit so much from what the inmates teach them, and they give so much back in return.

“The animal comes from a place that needs healing. The inmates need the same thing,” Sainsbury added.

A Strong Bond In An Unlikely Place

Jacob Denver spent about six months at the Utah County Jail. He was involved with the New Leash on Life program there and worked with a dog named Muzzy.

Typically, the dogs become available for adoption through the South Utah Valley Animal Shelter once they finish the program. In this case, after he was released from prison, Denver adopted Muzzy. He told Daily Herald:

“Once we got home, she just lit up. I absolutely adore her. She has been the best thing that’s happened to me in a really long time. She is smart and loving. Maybe I had to go to jail just to get this dog.”

Thanks to the New Leash on Life program, an inmate left prison with a new set of skills and a best friend.