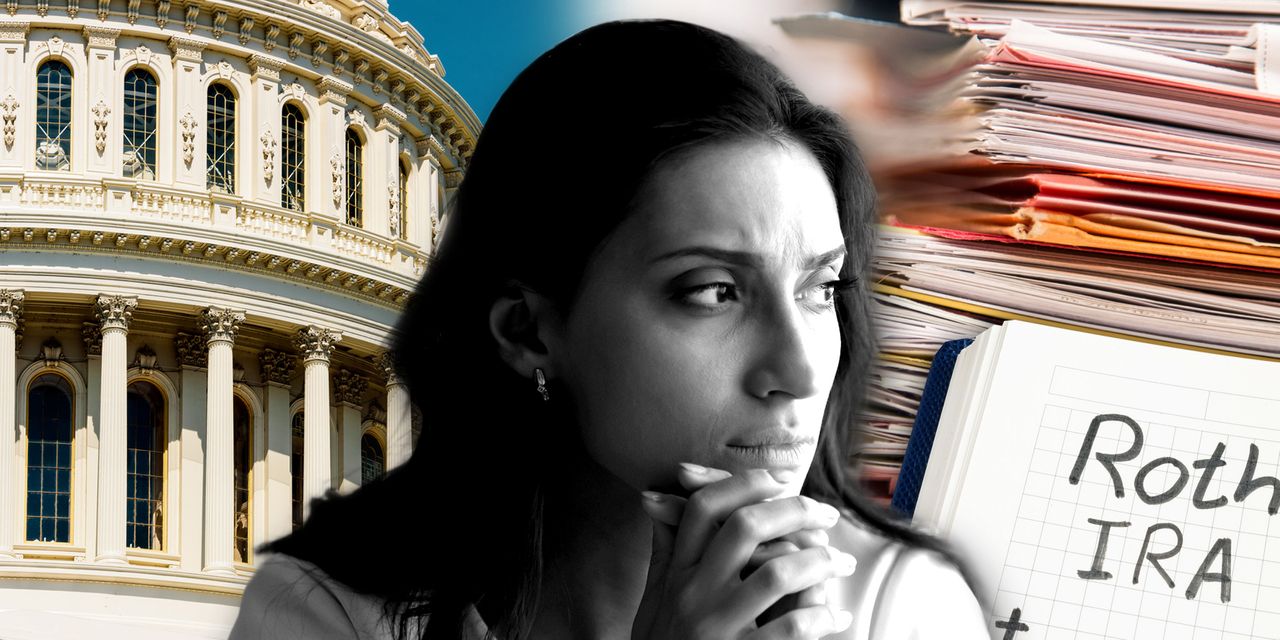 Months after a story broke detailing the $5 billion that could come out of Peter Thiel’s retirement account tax-free, new tax proposals are aiming to put a stop to the practice of very wealthy investors taking advantage of favorable tax laws on IRA accounts.

The changes offered by Congressional Democrats on the Ways and Means Committee would require super-rich households to tap some of their money and end their ability to switch to accounts with tax-free distributions.

The proposal would also block individual retirement accounts from certain types of investments that are usually reserved for more sophisticated investors, including stakes in private business or real estate deals.

The provisions are aiming at financial big-timers who supposedly use retirement-related tax rules to unfairly sock away more and more wealth — but could they hit the little guy’s nest egg instead?

That’s what critics say when it comes to the rule changes on what type of investments are allowed inside IRAs. Others backing the changes have their doubts. Now it’s a question how far the proposals get.

“‘People want investment options, and it’s too bad this could stop people from investing in great American businesses.”

“People are upset. They’ve been playing a game a certain way, and after so many years, ‘No, no we’re going to change the game on you,’” said Adam Bergman, founder and CEO of IRA Financial Technologies, a trust company providing the type of “self-directed” IRAs that are suddenly in the spotlight with the proposals. “People want investment options, and it’s too bad this could stop people from investing in great American businesses.”

Bergman’s company serves more than 28,000 accounts with approximately $4 billion in assets under management. Those assets include pre-IPO stock, real estate, cryptocurrency, precious metals and private placements. The average account balance is $125,000, he noted.

But Steven Rosenthal, senior fellow at the Tax Policy Center, says non-public investments do not belong in retirement accounts. In his view, it’s a matter of fairness, tax compliance and investor protection when it comes to retirement tax rules that for too long, have already favored rich households.

But will law changes happen? Rosenthal isn’t sure. “It’s a huge industry that the Ways and Means Committee is taking on. We’ll see how successful they are. It’s a big hurdle.”

“The intention of these provisions is to level the playing field for low- and moderate-income investors,” said a spokeswoman for the Ways and Means Committee, which is chaired by Rep. Richard Neal, a Democrat from Massachusetts. “The Chairman wants as many Americans as possible to achieve long-term financial security. He and policy staff are open to modifications to ensure we get these proposals right.”

Here’s some context on the dust-up.

The typical way to grow wealth in a retirement account is exposure to the stock market and its panoply of publicly-traded stocks, bonds, as well as the mutual funds and exchange traded funds that go with it.

Thiel, co-founder of PayPal
PYPL,
,
reportedly turned an approximately $2,000 Roth IRA into an astronomical $5 billion asset when he used the account to buy 1.7 million shares of the company three years before it went public, according to ProPublica. Because Roth IRAs are funded with after-tax dollars, distributions can go untaxed.

A spokesman for Thiel did not return a request for comment.

Self-directed IRA accounts and who gets to open them

Thiel’s account mushroomed as the shares grew in value. But experts note that at a technical level, Thiel accomplished this feat using a so-called “self-directed” IRA, which is an account that’s able to invest in a wide array of assets beyond what’s in the public markets.

And when people go beyond the public markets and invest in “unregistered securities,” the SEC says they can only do so if they are an “accredited investor.” An accredited investor is defined as someone with earned income of at least $200,000, a net worth over $1 million, or a financial professional license in good standing, the SEC says.

The thinking is people with the means and investing experience are better equipped to handle investment busts on ventures where there aren’t requisite SEC disclosures, the regulator said.

But investments geared to experienced investors might give them access to opportunities that others are missing. The Ways and Means Committee proposal said the bill “prohibits an IRA from holding any security if the issuer of the security requires the IRA owner to have certain minimum level of assets or income, or have completed a minimum level of education or obtained a specific license or credential.”

The bill forbids IRAs “from holding investments which are offered to accredited investors because those investments are securities that have not been registered under federal securities laws,” a summary said.

‘Government shouldn’t be picking and choosing’

“These accounts belong to retirement savers. They understand the investments they are most comfortable with. We don’t believe government should be picking and choosing,” said Michael Hadley, a partner at Davis & Harman.

Hadley is a registered lobbyist on behalf of the Retirement Industry Trust Association, a trade association for the self-directed retirement plan industry. The group’s members have 3.8 million IRA accounts with $118 billion in assets, and just over 80% of the assets are holdings other than securities, mutual funds and cash equivalents, Hadley said.

The provision should be removed entirely from the proposal, along with a separate proposal capping IRA stakes in non-tradable investments at 10%, Hadley said.

“By cutting off this one source of capital, you are not preventing the super wealthy from accessing private placement. All you are doing is preventing people who have the good source or investment assets in an IRA from doing so,” he said.

People don’t even necessarily need to be an accredited investor to get in on certain private deals, so the proposal’s reach could go farther than it appears, Hadley said.

No one is trying to stop money from pouring into private investments, said Rosenthal, who doubts the proposed changes would choke capital. Instead of a retirement account, investors can buy into a business through a brokerage account, according to him.

Rosenthal noted he would give people more than two years to get targeted investments out of the IRAs if they are in there already. “I’m sympathetic to someone who is trying to sell off their assets,” he said.

One problem, Bergman said, is that investments in something like a private company might be illiquid and contain lock-up periods barring sell-offs before a certain date.

“Who wants 3% interest in a private business? Not everyone,” he said.

Bergman recalled talking with an account holder after news of the Ways and Means proposal sunk in. The person couldn’t figure how to proceed with an imminent investment. “It’s already causing a bottleneck of capital. Some people are unsure what to do,” he said.