Russia Under Pressure after Invasion: Sanctions 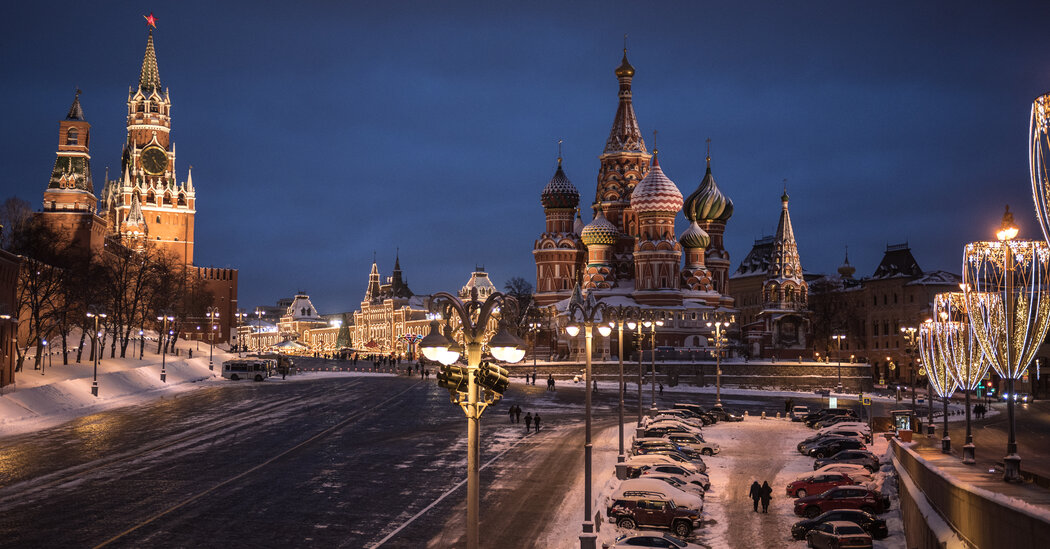 As punishment for Russia’s invasion of Ukraine, the United States and the European Union have increased their economic sanctions on Russia.

After President Vladimir V. Putin of Russia signed Monday’s decrees recognizing Donetsk (and later ordering troops to enter these regions), the first steps in the current crisis were taken.

The multipronged invasion began in earnest on Thursday, prompting the West to widen its efforts to crack down on Russia by targeting Mr. Putin’s top allies, the country’s banking system and its access to crucial technology, although some analysts have said the measures do not go far enough.

Here’s a closer look of the steps taken so far.

Tuesday: The Biden administration announced that it would impose sanctions on Russia’s main development bank, VEB, and its military bank, Promsvyazbank, and enact comprehensive curbs on Russia’s sovereign debt, a move intended to cut off the country from Western financing.

Wednesday: President Biden said that he would impose economic sanctions on the company behind Nord Stream 2 — a nearly 800-mile-long natural gas pipeline that is not yet operational — between Russia and Germany. Germany had already abandoned the project a day before, despite relying on Russia for 55 per cent of its gas requirements. The target of the sanctions is a subsidiary of Gazprom, Russia’s state-controlled energy company.

Thursday: President Biden said the United States would cut off Sberbank and VTB Bank, two of Russia’s largest banks, and several large companies from Western financial markets. He also announced broad restrictions on technological imports and stated that the United States would freeze trillions in Russian assets. This will allow for a wider crackdown on Russian elites as well as their families. However, Mr. Putin wasn’t directly targeted.

Wednesday: Wednesday saw the European Union adopt a first round economic sanctions against 27 individuals and entities. This includes political, military and financial organisations, as well people who were involved in the decision to recognize Donetsk or Luhansk. These sanctions include travel bans and asset freezes across the entire European Union. These sanctions prevent Russian state and region governments, including state bank branches, from accessing European Union capital and financial markets. They also freeze assets of three banks associated with separatist enclaves. Trade bans have been extended to Crimea, which was annexed by Russia in 2014.

Tuesday: The British government placed targeted economic sanctions against five Russian banks, and three wealthy individuals who have close ties with Mr. Putin. Their British assets were frozen and they were forbidden from traveling to Russia. British citizens as well as British businesses were also prohibited from doing business with them.

Thursday: Boris Johnson, Prime Minister of the United Kingdom, announced that British sanctions would be expanded to cover 100 entities and oligarchs. Five additional people were barred from the country and their assets frozen. The government also imposed other measures on all major Russian banks.

Thursday: The Australian government has announced that it will expand its sanction list in order to target 25 Russian military figures as well as four military technology companies. Additionally, it is moving to put restrictions on Australians investing into four financial institutions.

What is the root cause of this invasion Russia considers Ukraine within its natural sphere of influence, and it has grown unnerved at Ukraine’s closeness with the West and the prospect that the country might join NATO or the European Union. Despite Ukraine being part of neither NATO nor the European Union, it still receives military and financial aid from the United States.

These tensions are just beginning? Antagonism between the two nations has been simmering since 2014, when the Russian military crossed into Ukrainian territory, after an uprising in Ukraine replaced their Russia-friendly president with a pro-Western government. Then, Russia annexed Crimea and inspired a separatist movement in the east. In 2015, a cease-fire was reached. However, fighting continues.

What has Ukraine done to respond? On Feb. 23, Ukraine declared a 30-day state of emergency as cyberattacks knocked out government institutions. Following the beginning of the attacks, Volodymyr Zelensky, Ukraine’s president, declared martial law. The foreign minister called the attacks “a full-scale invasion” and called on the world to “stop Putin.”

Tuesday, Prime Minister Justin Trudeau announced the first round of sanctions against Russia. This would prohibit Canadians from buying Russian sovereign debt or from dealings with Donetsk or Luhansk. Members of the Russian Parliament who voted to recognize the separatist areas will also face financial penalties.

Wednesday: Fumio Kishida the Prime Minister introduced a package to ban Russia from issuing any new sovereign bonds on Japanese markets. He also banned all trade with Donetsk/Luhansk. Also, he frozen the assets and barred them from obtaining visas.