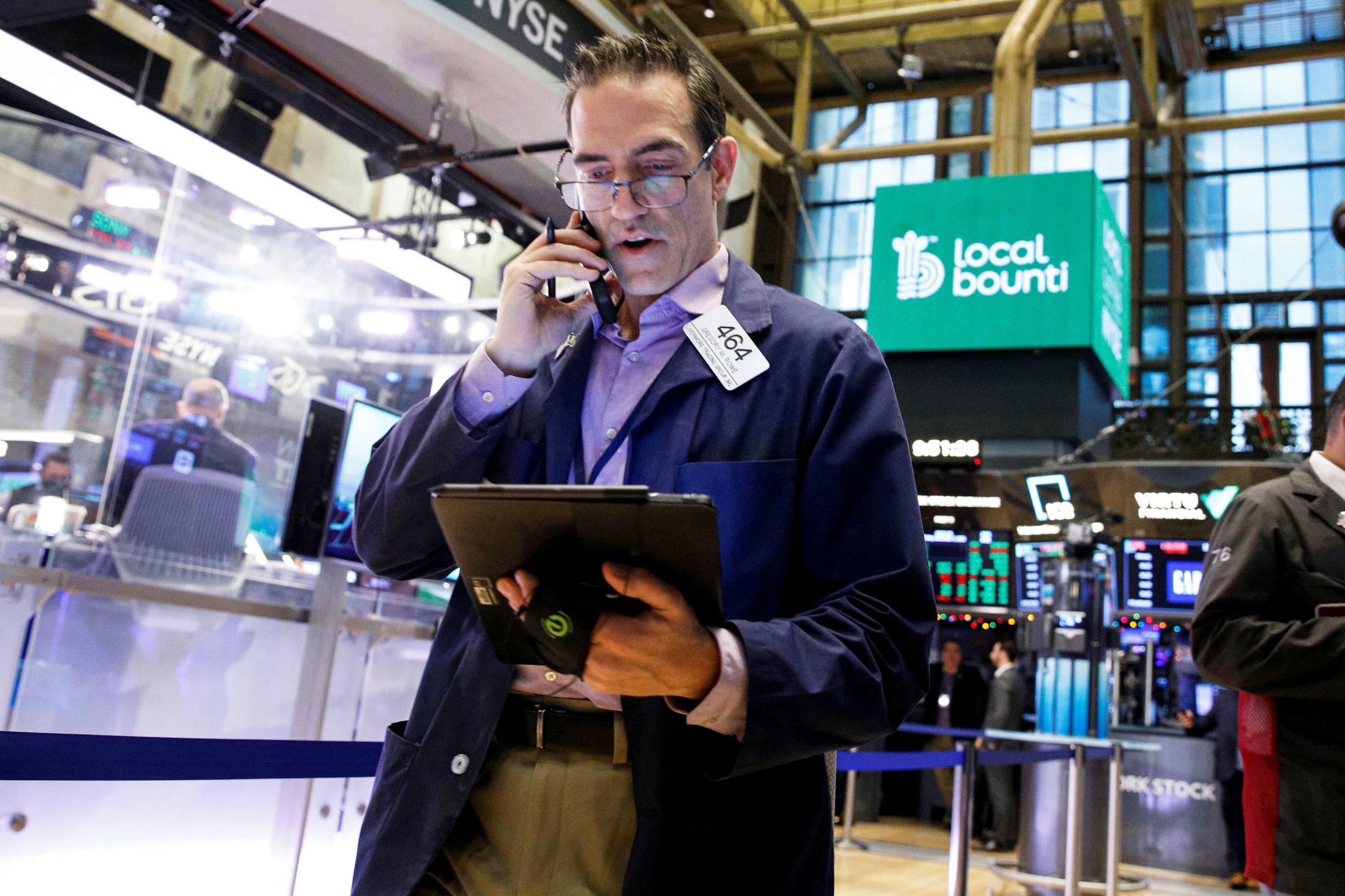 U.S. stocks were little changed Wednesday as the market took a pause from its two-day rally earlier in the week.

“Investors have been conditioned by market history to get long, stay long, and on any sell-off, to get longer. This last sell off and powerful rebound just reinforced that lesson yet again,” Mike Zigmont, head of trading and research at Harvest Volatility Research, told CNBC. “The two rallies that we had on Monday and Tuesday were so strong and they were back-to-back that even for the most bullish of the bullish, you’ve got to take a pause.”

Some of the recent comeback was validated by vaccine news Wednesday. Pfizer and BioNTech said three doses of their vaccine are effective at neutralizing the omicron variant, citing their own preliminary lab tests. The companies said two doses may still protect against severe disease.

Pfizer shares, which are up 8% in the last month, inched higher.

Travel-related stocks continued roaring higher as investors bet on the economic reopening. Norwegian Cruise Line jumped 10% and was the biggest gainer in the S&P 500, followed by Royal Caribbean and Carnival, which were about 7% higher.

Airline and casino stocks made big moves too, including United Airlines, which added 6%, and Las Vegas Sands, which gained 5%.

The amount of workers who left their jobs due to dissatisfaction or better opportunities elsewhere fell in October by 4.7%, the department said in its Job Openings and Labor Turnover Survey, also known as JOLTS, on Wednesday. The level of job openings accelerated 4.1% to just below its all-time high.

The JOLTS report is closely watched by investors and the Federal Reserve for signs of labor market tightness.

On Tuesday, the S&P 500 and Nasdaq Composite posted their best days since March. The Dow Jones Industrial Average rallied 492 points helped by gains in Apple, Salesforce and American Express. The S&P 500 also registered a gain, climbing 2.1%. The tech-focused Nasdaq Composite was the stand-out performer after gaining more than 3%.

All 11 sectors were positive on Tuesday, led by tech, which rose 3.5%.

Stocks have recovered this week from last week’s market rout on fears of the omicron Covid variant and a possible faster-than-expected taper of the Fed’s bond buying program.

In individual stock news, Apple shares climbed 0.8% despite a report that the iPhone maker is expected to fall 15 million units short of its 230 million-unit goal this year due to supply chain problems.

Technology stocks have led the way, with the Nasdaq up 4% since Monday. The Dow and S&P 500 notched their largest two-day gain since November 2020.

“When the omicron news hit the tape on Thanksgiving night there was clearly an overreaction,” said Kolanovic, who is also an Institutional Investor Hall of Fame strategist, on CNBC’s “Halftime Report” Tuesday. “Markets sold off very rapidly on news that was not very reliable,” he added. “And now its basically recovering those back.”

This week’s gains have put the major averages back within striking distance of their record highs. The Dow is 2.3% from its record and the S&P 500 and Nasdaq are 1.2% and 3.2% from their all-time highs, respectively.

On Wednesday, the Bureau of Labor Statistics will release October’s Job Openings and Labor Turnover Survey. Economists polled by Dow Jones are expecting there were 10.6 million open positions in October, up from 10.4 million in September.

While the majority of S&P 500 companies have reported third-quarter earnings, GameStop and Rent the Runway will report on Wednesday after the bell.