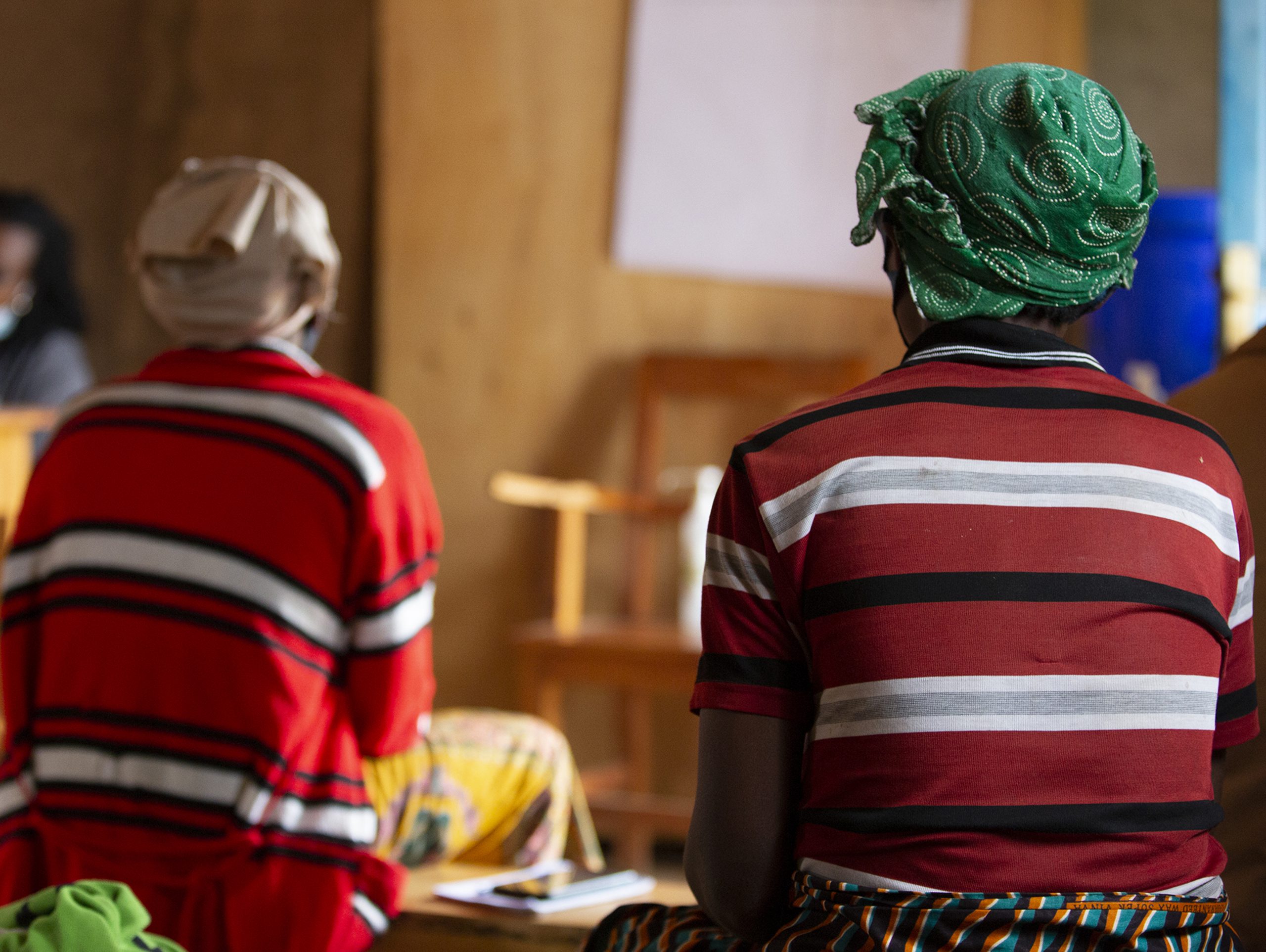 KIGALI, Rwanda, Jan 05 (IPS) – When Kamikazi * from Gisagara, a district in Southern Rwanda, was forced to quit her job due to COVID-19 last year, she desperately sought other employment.

A former co-worker in the food processing firm where Kamikazi once worked introduced her to “agents”. They assured her she would find decent employment in the Middle East, but little did she know her co-worker had delivered her into the arms of human traffickers.

The following day, with her passport in hand, the 22-year-old approached the agent, who told her to pay about 300 US dollars as a facilitation fee.

“One day, I received a call from the agent who told me that I had to travel to Kenya where I would secure my visa to Kuwait,” Kamikazi told IPS.

At the border between Tanzania and Kenya, the young woman met other members of the human trafficking syndicate who helped her to cross into Kenya unnoticed before travelling by road to the Kenyan capital of Nairobi.

In Nairobi, she and the ‘agents’ hid residential house with several other young women of different African nationalities. Driven by fear and desperation, she continued with the ruse until the group finally boarded a plane to Kuwait.

“I was told that domestic workers from our region (East Africa) were more highly valued in Kuwait than those from other countries,” she says.

Kamikazi recalls her arrival. The traffickers took their passports and held her and some other young women prisoner in an apartment.

“We believed them because my hope was that the new opportunity would help change my life for the better,” she told IPS.

However, her hopes for a better future were soon dashed.

She was “hired’ by a family – but found herself locked up and unpaid. And if it suited them, her employers would swap the domestic workers between themselves.

“I didn’t have any valid travel document, and I was treated like an animal being traded by one family to another,” she said. To make matters worse, she realised that her ex-colleague, whom she considered a close friend, was responsible for her situation.

According to the International Organization for Migration (IOM), in most countries in the Middle East, domestic workers are excluded from labour law, which means they have no social, health or legal protection.

Domestic workers suffer from particularly arduous conditions, and their situation is all the more vulnerable because most countries have no laws governing their employment, the report said. Because they are excluded from labour law provisions, written employment contracts are not required.

Latest estimates by UN Women indicate that while it’s challenging to get exact numbers of victims, the vast majority of detected trafficking victims are women and girls, and three out of four are trafficked for sexual exploitation.

Recent cases of maids being mistreated and assaulted by their employers in the Middle East have shone a light on domestic workers’ hidden and unregulated conditions.

In many cases, these women work illegally, which means they have little protection if their employers abuse them.

With tears in her eyes, Kamikazi remembers her first hours with her new employee.

“After confiscating my passport, I was told to stay at home (…) I was like in a cage,” Kamikazi said.

A typical working day started as early as 4 am and ended at midnight or later. There were no days off, and there was no going out unless to accompany the family somewhere.

“I had to take care of the house pets in addition to cooking, cleaning, washing clothes (…) I wanted to escape because I was abused by my employer but had no idea where to turn,” she said.

Whereas Rwanda Investigation Bureau (RIB) findings indicate that the majority of the victims are intercepted at the point of exit – either at the airport or the different border points of the country – evidence shows there are cases where young women are trafficked to neighbouring countries as a transit for commercial sexual exploitation in the Gulf countries.

An investigation by law enforcement institutions in Rwanda found at least 47 local-based syndicate members were trafficking women from Rwanda to work abroad. As a result, 49 individuals, including company owners, were arrested and prosecuted in courts of law in 2018, according to judicial reports.

The trend shows an upward trajectory, with 131 trafficking victims identified in 2020, compared with 96 victims in 2019.

Like Kamikazi, most human trafficking victims are enticed from villages and towns with false promises of gainful employment abroad.

Studies have proven that when families are economically unstable, the vulnerability of children increases. Traffickers prey on such families by making false promises of a new job, augmented income, better living conditions and financial support abroad.

Even though Rwanda has a strict anti-trafficking law that penalises sex and labour trafficking with up to 15 years of imprisonment, the RIB Secretary-General, Jeannot Ruhunga, is convinced that trafficking, especially women and children, continues to be a serious challenge faced by the international community.

Speaking during the workshop ‘Law enforcement officers & Criminal Justice practitioners’ workshop under the theme: Combating Trafficking in Human Beings with a Multi-stakeholders’ approach for Central and East Africa, the senior Rwandan police investigator noted that organised trafficking in persons is transboundary. It’s a global problem but seriously affects Central and East Africa.

“The most important is about how countries work together to address challenges encountered during the investigation and prosecution of this transboundary offence and to strengthen cooperation and mutual assistance,” Ruhunga said.

According to data from the Rwanda Directorate General of Immigration and Emigration, the majority of suspected human trafficking victims identified in Rwanda were from Burundi (62.7%), followed by the Democratic Republic of Congo (DRC) (15%) and Rwanda (13.6%).

Case data by the National Public Prosecution Authority reveal between 2016 and 2018, most perpetrators were male (63%), with females still comprising a substantial percentage of traffickers (37%).

The 2019 study conducted by Rwandan NGO Never Again Rwanda stresses that the effective management of national borders constitutes a critical component of inhibiting human trafficking because it functions to deter criminals and identify victims.

The research found that the primary transit countries for trafficking in East Africa are Uganda, Kenya, and, to a lesser extent, Tanzania. Uganda ranks first, followed by Kenya and Tanzania as destinations for trafficking.

“Awareness is important considering that the pandemic has worsened the situation for many vulnerable groups which are now more prone to human trafficking,” Nkurunziza said

For Kamikazi, her ordeal has come to an end. After being forced to work night and day and kept prisoner in her employer’s home, she was rescued after asking assistance from a businesswoman in Kuwait.

Her rescuer contacted the Rwandan Embassy in Dubai.

“It seemed like my employer didn’t want to give back my passport, but the Kuwait Police told them to give it to me.”

*Kamikazi’s name has been changed to protect her identity.

This is part of a series of features from across the globe on human trafficking. IPS coverage is supported by the Airways Aviation Group.

The Global Sustainability Network ( GSN )  is pursuing the United Nations Sustainable Development Goal number 8 with a special emphasis on Goal 8.7 which ‘takes immediate and effective measures to eradicate forced labour, end modern slavery and human trafficking and secure the prohibition and elimination of the worst forms of child labour, including recruitment and use of child soldiers, and by 2025 end child labour in all its forms.
The origins of the GSN come from the endeavours of the Joint Declaration of Religious Leaders signed on 2 December 2014. Religious leaders of various faiths gathered to work together “to defend the dignity and freedom of the human being against the extreme forms of the globalization of indifference, such as exploitation, forced labour, prostitution, human trafficking”.