Why gold loans continue to glitter in these trying times 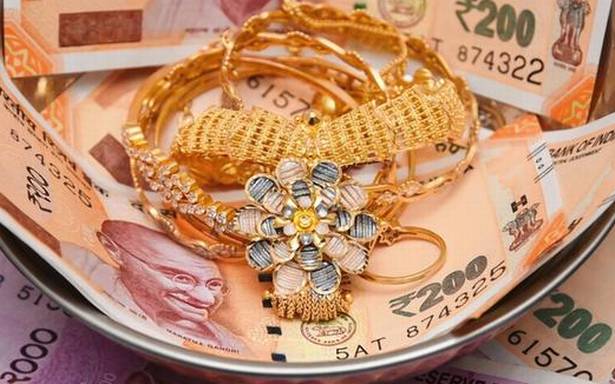 Gold accounts for a large proportion of Indian household wealth and this asset has been coming in handy during the period of financial stress caused by the pandemic. Demand for gold loans was strong last fiscal year and the trend continues in 2021-22 too.

Demand for gold loans from micro enterprises and individuals – to fund working capital and personal requirements, respectively – has increased with the pick-up in economic activity and the onset of the festive season, which coincides with the easing of lockdown restrictions by several States, stated Crisil in a recent note.

Second quarter results of banks reveal a continued demand for gold loans while gold loan-focussed non-banking finance companies also said there continues to be a robust appetite for these loans.

“We remain optimistic about gold loans. Year-to-date, gold loans have increased by 26 per cent and we forecast a growth of 25 to 30 per cent for gold loans this fiscal,” said Shyam Srinivasan, Managing Director and CEO, Federal Bank after the second quarter results.

CSB Bank also reported a 10.3 per cent year-on-year increase in gold loans for the second quarter of the fiscal.

Second quarter results of gold loan-focussed NBFCs – Muthoot Finance and Manappuram Finance – are likely to shed more light on this trend but analysts said that they are likely to have seen good growth.

“We expect a healthy growth in the gold loan portfolio for Manappuram Finance and Muthoot Finance given the various attractive interest schemes introduced by these gold financiers to attract high ticket-size gold loan customers. Since gold prices have been stable, we expect gold financiers to offer some reprieve to customers (especially those who continue to pay the interest component) to repay rather than rush to auction off their gold,” said a recent report by Motilal Oswal.

Umesh Mohanan, Executive Director and CEO, Indel Money pointed out that the economy is getting back on track but a large number of sectors are still badly impacted.

“People trying to reopen or restart their businesses need urgent cash, and for this gold loan is a convenient and fast option that does not require a credit check. Gold is in fact becoming an alternative capital option,” he said.

Indel Money has registered a growth of 25 per cent year-on-year in gold loans and expect the demand to continue. The average ticket size of loans is ₹75,000-85,000 and the average tenure is 1 year.

Experts point out that small business owners, many of whom took the moratorium or restructuring, may now find it difficult to get a loan from the bank.

In this case, gold loans prove to be a useful option.

VP Nandakumar, Managing Director and CEO, Manappuram Finance said, “With the unorganised sector also getting back on its feet, we expect improved growth in gold loans, microfinance, as well as our other business verticals.”

Assets under management (AUM) of non-banking financial companies (NBFCs), which primarily offer loans against gold, is expected to rise 18-20 per cent to ₹1.3 lakh crore this fiscal, according to Crisil’s forecast.

According to a recent report by ICICI Securities, the organised gold loan industry, including agriculture loans, has grown at an even stronger pace since 2018-19, with a near 31 per cent growth in 2020-21 due to the cautious stance taken by financial institutes in other loan products due to pandemic-hit economy and higher gold prices.

Public sector banks held the largest market share of the organised gold loan industry (excluding agriculture loans) at about 44 per cent in 2017-18, compared to 34 per cent of specialised NBFCs and 12 per cent of private sector banks.

The report estimated that overall, the market share of banks in the organised gold loan industry including agri loans, increased to about 75 per cent in 2020-21 from about 73 per cent in fiscal year 2019-20.

“If banks versus NBFCs share in organised gold loan industry including agriculture loans is observed, banks’ share is estimated to have increased in fiscal year 2020-21 on the back of increased LTV or loan to value and risk aversion by banks in other loan products,” it noted.

However, operationally intensive nature of the business, existing well-distributed infrastructure across India and a well-established client base provide strong business moats for specialised NBFCs, it said.

Experts note that gold prices have been stable, which has led to low delinquency amongst borrowers and has helped NBFCs fare better than banks in the business.

“While there has been a moderation in gold prices in the second half of FY21 with around 10 per cent decline in gold prices over peak of August 2021, the decline has been moderated in year to date 2021-22,” ICRA said, adding that gold loan NBFCs have reported low gross net performing assets (GNPAs) since fiscal year 2017-18.

Many NBFCs are also reworking the typical one-year tenure for gold loans to shorter tenures of three months or six months.

Gold loan auctions, which saw a spurt earlier this year, are also likely to normalise as the economic conditions improve.