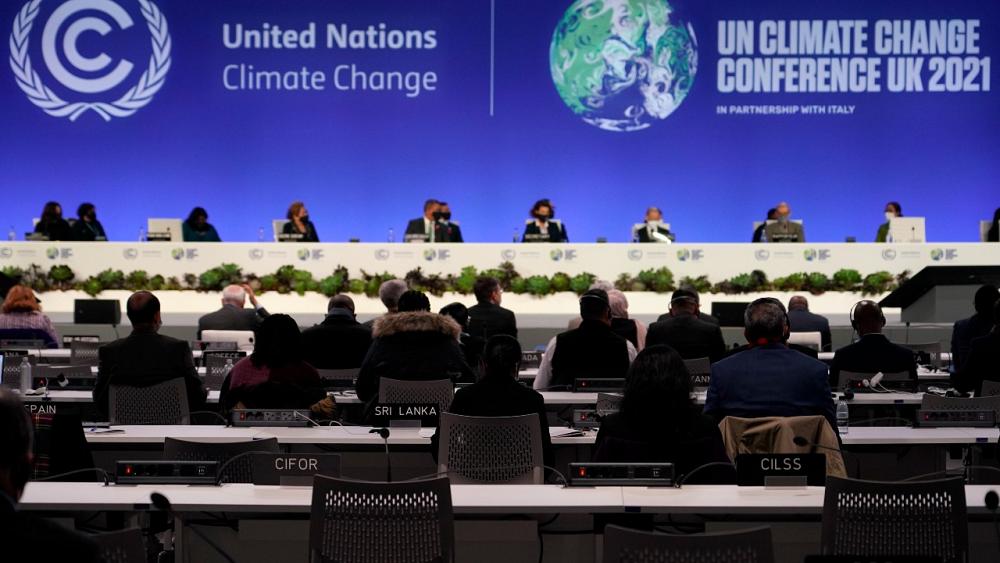 The UN climate summit in Glasgow opened Sunday with appeals for action and prayers, kicking off two weeks of intense diplomatic negotiations by almost 200 countries on how to tackle the common challenge of intensifying global warming.

Leaders from around the world will gather in Scotland’s biggest city on Monday to lay out their countries’ efforts to curb greenhouse gas emissions and deal with the effects of climate change.

The COP26 summit begins as another ends. G20 leaders from the world”s 20 richest nations, meeting in Rome, finished on Sunday with pledges on carbon neutrality and coal financing.

Negotiators in Glasgow will push nations to ratchet up their efforts to keep global temperatures from rising by more than 1.5 degrees Celsius (2.7 Fahrenheit) this century compared with pre-industrial times.

“We can move the negotiations forward and we can launch a decade of ever increasing ambition and action,” Sharma said at the opening ceremony. “We can seize the enormous opportunities for green growth for good green jobs, the cheaper, cleaner power.”

“We need all of the G20 to come forward,” he added. “The G20 represents 80% of global emissions and that’s why every country matters, but the G20 matters particularly.”

Activists, many of whom have travelled and even marched thousands of kilometres to reach the summit, have been gathering in Glasgow to urge world leaders to turn words into action on the climate crisis.

Scientists say the chances of meeting the goal of restricting global temperature increases to 1.5 degrees, agreed to in the landmark deal closed at the 2015 Paris climate accord, are slowly slipping away.

The world has already warmed by more than 1.1C and current projections based on planned emissions cuts over the next decade are for it to hit 2.7C by the year 2100.

The amount of energy unleashed by such planetary warming would melt much of the planet’s ice, raise global sea levels and greatly increase the likelihood and intensity of extreme weather, experts warn.

Some of the issues being discussed during the talks have been on the agenda for decades, including how rich countries can help poor nations tackle emissions and adapt to a hotter world. The slow pace of action has angered many environmental campaigners, who are expected to stage loud and creative protests during the summit.

India, the world’s third biggest emitter, has yet to follow China, the US and the European Union in setting a target for reaching ‘net zero’ emissions. Negotiators are hoping India’s Prime Minister Narendra Modi will announce such a goal in Glasgow.

At the Vatican on Sunday, Pope Francis appealed to the world’s people to pray that world leaders’ realise the suffering of the Earth and the poor as the climate warms.

In Rome, leaders of the G20 nations accounting for 75% of greenhouse emissions were negotiating on what commitments they’re willing to make to contain rising global temperatures.

The UK’s Prince Charles urged world leaders to heed the “despairing voices” of young people who will bear the brunt of climate change. The heir to the British throne described the talks in Glasgow as “literally the last-chance saloon” for the Earth.

Charles told Group of 20 leaders that they have an “overwhelming responsibility to generations yet unborn.”

On Monday, Charles is due to welcome leaders in Glasgow. His 95-year-old mother Queen Elizabeth II was due to attend but has been advised to rest by her doctors.