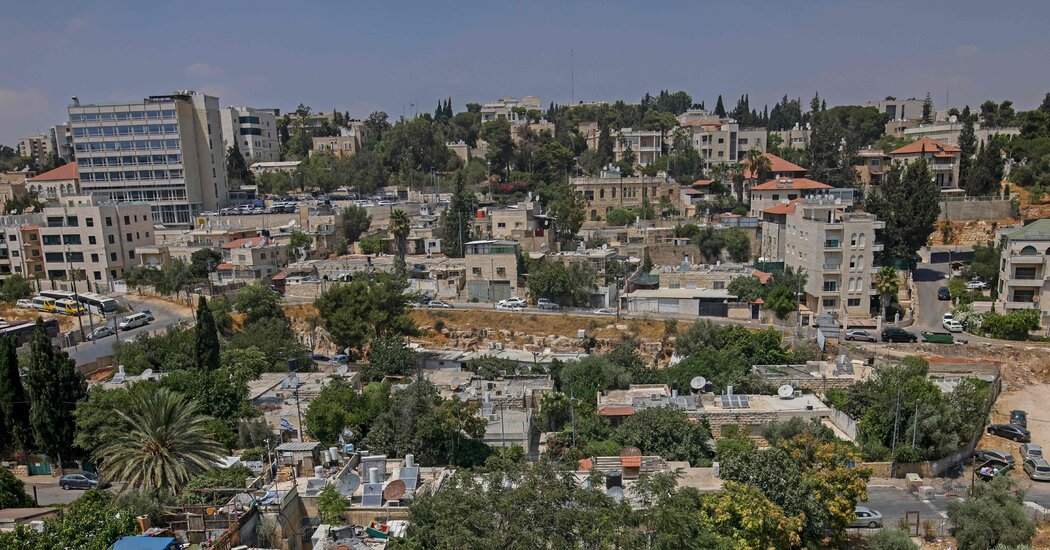 JERUSALEM — A group of Palestinian families in East Jerusalem whose looming eviction led to an 11-day war in Gaza rejected a compromise on Tuesday that would have allowed them to stay in their homes for several decades if they agreed to pay nominal rent to a Jewish settler group that courts have ruled are the buildings’ real owners.

The four families from Sheikh Jarrah, a neighborhood in East Jerusalem that was annexed by Israel after the Arab-Israeli war in 1967, said in a statement that they were rejecting the deal. The agreement, proposed by Israel’s highest court, did not recognize them as the owners of their homes, they said, and it would obscure what they perceive as a wider Israeli strategy to displace Palestinians from East Jerusalem.

If they had accepted the deal, “our dispossession would still be imminent, and our homes would still be regarded as someone else’s,” the families said. “Such ‘deals’ distract from the crime at hand, ethnic cleansing perpetrated by a settler-colonial judiciary and its settlers.”

The threat of their eviction was one reason that Hamas, the militant group that controls the Gaza Strip, fired rockets at Jerusalem in May — starting a brief conflict that killed more than 250 people in Gaza and 13 in Israel, and set off ethnic violence in several Israeli cities.

The Israeli government has characterized the standoff in Sheikh Jarrah as simply a property dispute between private individuals. Palestinians see the case as emblematic of an Israeli effort to cement control over the eastern half of the city, ultimately making it harder for East Jerusalem to become the capital of a future Palestinian state.

Some settler leaders have said that their goal was to move Jewish residents into strategic eastern areas, like Sheikh Jarrah, to undermine Palestinian claims to the city. In recent decades, settler groups have moved into several neighborhoods of East Jerusalem, prompting dozens of eviction battles.

In the days before their decision, the Sheikh Jarrah residents had been under sustained pressure from Palestinian politicians and activists to reject the deal, and had initially been divided among themselves about how to respond to it, according to residents and community activists.

Their rejection of the proposed compromise could lead the court to uphold an earlier decision to evict them. No court hearing has been set for the judges to respond.

The case involves four families but could have implications for dozens of other residents also facing eviction in the same neighborhood.

A representative and a lawyer for the Jewish settler group, Nahalat Shimon, each declined to comment, as did the Israeli Foreign Ministry and the prime minister’s office. The Foreign Ministry has previously described the case as “a real-estate dispute between private parties” that the Palestinian leadership has exploited “to incite violence in Jerusalem.”

The dispute in Sheikh Jarrah has its roots in the 19th century, when the city was governed by the Ottoman Empire. The parties disagree on the history of the neighborhood’s ownership, but an Israeli court has found that in 1876, Arab landowners sold plots there to two Jewish trusts. Tradition held that the land housed the ancient tomb of a revered Jewish priest, Shimon Hatzadik.

Jordan captured the site during the Arab-Israeli war of 1948, and later built dozens of houses there for Palestinian refugees who had fled their homes during the war.

After Israel captured East Jerusalem in 1967, the land was returned to the Jewish trusts, which then sold it to various settler groups. Those groups, in turn, have spent decades trying to evict the Palestinian refugees. Some Palestinian residents have already been forced to leave, while others — like the four families who rejected the deal on Tuesday — are still appealing their evictions.

The evictions have highlighted what critics say is an imbalance in who gets to reclaim land in Jerusalem. A 1970 law allows landowners to reclaim certain properties in East Jerusalem that were captured by Jordan in 1948. While the law does not refer to the beneficiaries’ ethnicity, experts and officials say it overwhelmingly benefits Jewish owners.