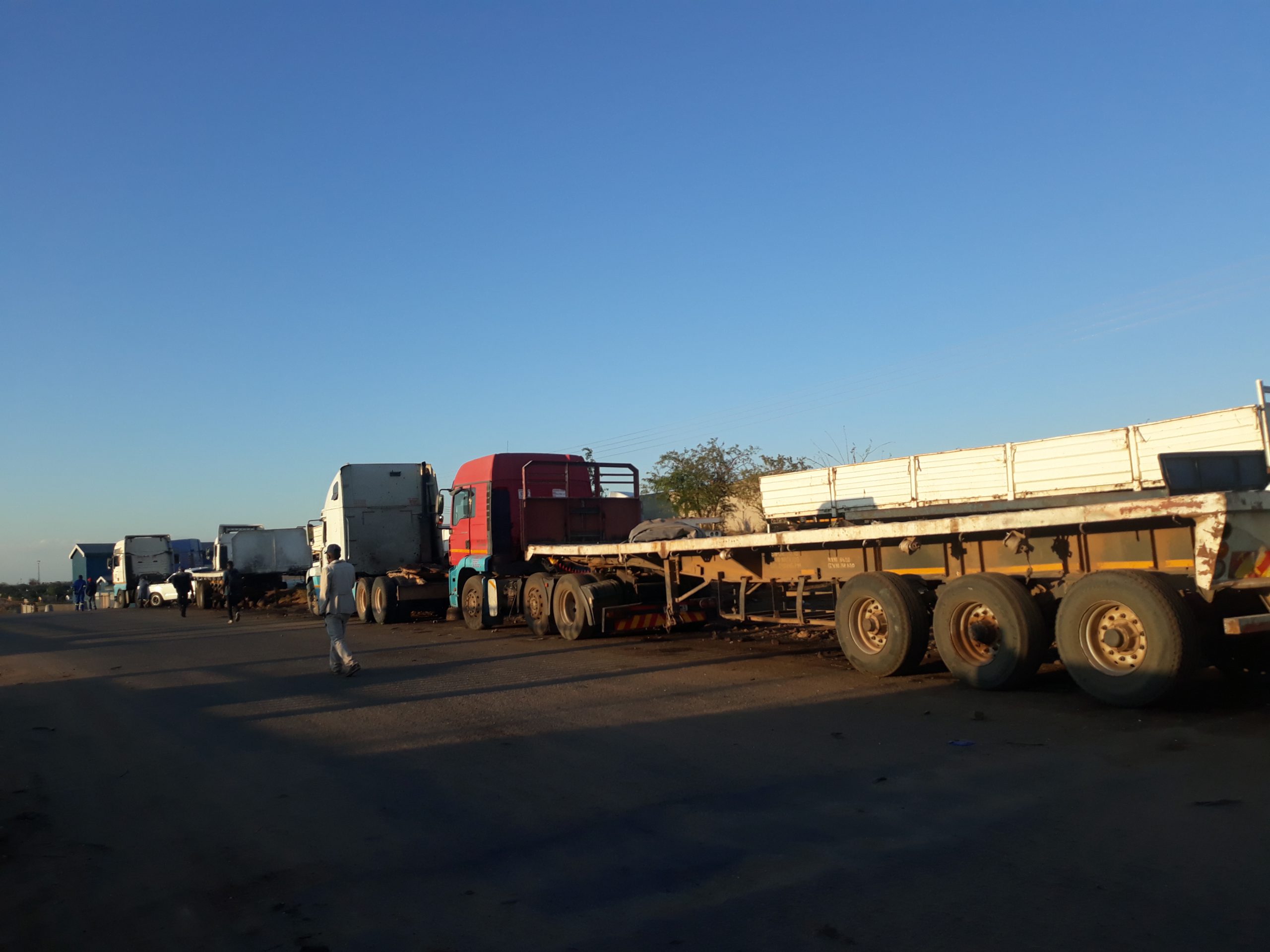 Bulawayo, ZIMBABWE, Nov 04 (IPS) – Thirty-six-year-old Thandiwe Mtshali* watched helplessly as her informal cross-border trading (ICBT) enterprise came to a grinding halt when the Zimbabwean authorities closed the border with South Africa as part of global efforts to stem the spread of the deadly novel coronavirus.

“That was last year, and I had no idea what to do next,” Mtshali told IPS.

Before the lockdown, she made up to four trips each month to Musina and Johannesburg in neighbouring South Africa to buy goods ranging from clothes to electrical appliances for resale in Bulawayo, Zimbabwe’s second city.

“I could rent a full house in the suburbs, and my long term plans have always been to build my own home,” she said.

After months of being idle in Bulawayo, a colleague tipped her about what appeared to be an easy route out of her money troubles: truckers had not been banned from transporting goods between South Africa and Zimbabwe.

As truckers got stuck at the Beitbridge border post for weeks waiting to get their consignments processed by port authorities, it presented a new venture for informal cross-border traders such as Mtshali: sex work.

Today, Mtshali, who has two young children back in Bulawayo, rents a small shack in the border town where she “entertains” truckers and other men willing to pay for sex.

Commercial sex work is illegal in Zimbabwe, but COVID-19 has turned the sector into a necessity for many women who were made redundant by lockdown measures imposed by the government because of public health concerns.

“I do not want to do this, but it is better than sitting and waiting,” Mtshali said.

“My kids are with my mother, and all they know is that I am working in Beitbridge. As long as I send them money and groceries, they don’t need to know anything else,” she told IPS.

Local residents, however, complain that despite the lockdown restrictions that banned travel across cities, there appeared to be an influx of sex workers to the border town, each seeking to make a living.

“We have always had a problem here with sex workers, young and old competing for clients. But now we see even more after borders closed,” said Dumisani Tlou, a resident and taxi driver.

“Every tenant knows they can rent any available backroom to the women who entertain truckers and other illegal dealers, but no one seems to be doing anything about it,” he told IPS.

While the Zimbabwean authorities have made efforts to provide bailout stipends for informal traders, this has been criticised for being too little to improve the lives of millions on the fringes of official economic activity.

Many more, like Mtshali, missed out on the bailouts because they are not registered with any informal traders’ association.

“There is a need to consider special exemptions that will allow cross-border traders to import goods during the lockdown and border closures,” said Fadzai Nyamande-Pangeti, International Organisation for Migration – Zimbabwe spokesperson.

“It is also important for women cross-border traders to formalise their businesses, to make them less likely to be impacted by shocks caused by the pandemic,” she told IPS.

However, for many here at the border town, sex work comes with challenges.

While borders were closed in line with public health safety measures, this has exposed sex workers to concerns about HIV/Aids.

“These women have no social protection or insurance or any other mitigation measures to cushion them in times of disasters such as the current pandemic,” said Mary Mulenga, a representative of the Southern Africa Cross-border Traders Association (SACBTA).

In a submission to the UN Special Rapporteur on Health ahead of the UN General Assembly in October, the Global Network of Sex Work Projects (GNSWP), which brings together sex worker-led organisations across ninety-six countries, says, “during the pandemic, there has been a (global) drop in the availability of HIV treatment services due to the prioritisation of treating and stopping the spread of COVID-19.”

“As a result, sex workers living with HIV have experienced even greater challenges in accessing HIV treatments, further endangering their health and ability to work,” the network says in its brief to the UN.

Truckers have for years been identified as an HIV/Aids high-risk group in southern Africa, raising concerns among campaigners, such as the GNSWP, that while resources are being directed toward addressing the spread of COVID-19, both old and new entrants into the sex trade such as Mtshali are being left out.

According to the UN’s International Organisation for Migration (IOM), informal cross-border trade accounts for up to 40 percent of southern Africa’s intra-trade estimated USD17 billion annually. Still, border closures have upended this due to COVID-19.

Despite these disruptions brought by the novel coronavirus, the once-thriving informal cross-border trade could present more public health concerns: an increase in those living with HIV/Aids.

In recent months, Zimbabwe’s First Lady Auxillia Mnangagwa launched countrywide self-sufficiency projects for sex workers. Still, with the industry continuing to take in new entrants such as Mtshali, it could be a race against daunting odds as global health experts see no easy end to COVID-19.